Officially in the fall, the weekend brings volatile weather and rain 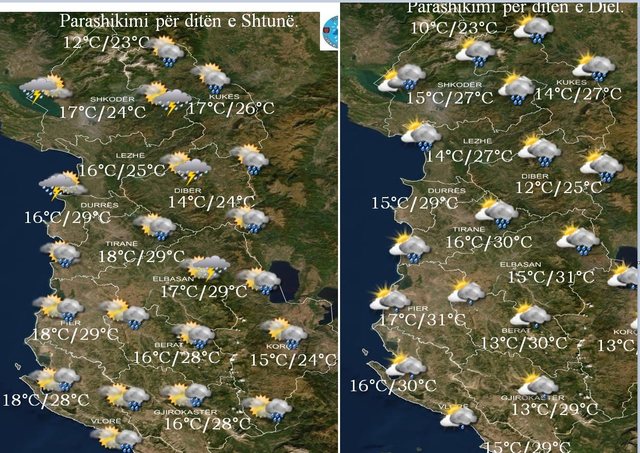 Occurring in the autumn season what is already expected is volatile weather and rainfall.

In this way, according to the Military Meteorological Service for today is forecasted weather with medium and dense eclipses as well as short intervals of sunshine.

Occasional rain is expected throughout the day. During the first part of the 24-hour rainfall will be of moderate intensity in the form of thunderstorms and short-term thunderstorms mainly in the north and center. During the afternoon hours the intensity of precipitation falls and becomes occasional and weak mainly along the hilly and mountainous reliefs.

Even for Sunday the weather is forecasted to be unstable again but with a slight improvement. The eclipses will be medium to dense but there will also be alternating occasional clearings. Cloudy skies will be accompanied by occasional to moderate rainfall in the form of local and short-term thunderstorms.