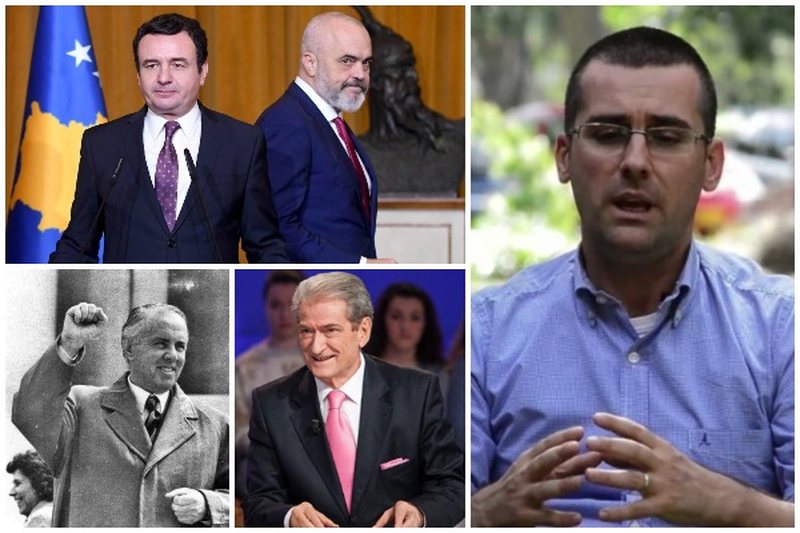 The victory of Vetëvendosje in Kosovo has produced the explosion of the myth of Albin Kurti in Tirana. If you listen to the Albanian analysts and media, you will get the impression that he won the elections alone, blowing up the Kosovar political system. So many are starting to wonder if Albania will give birth to an Albin (as Enver once was born).

Both those who criticize it and those who support it deal almost exclusively with the person, completely ignoring the organization, members, or political program and new ideas on the development model offered by Vetëvendosje. This analysis ignores the Kosovar political context, especially the causes of the degradation of the main parties there.

The first paradox is that the cult of Albin is rising and strengthening more by those outside Vetëvendosje than by its members. The latter know very well that the victory of Vetëvendosje was not the merit or exclusive achievement of an individual, although of course, they have a deep love for the leader and what he represents. They know very well that Vetëvendosje is the product of a collective action that was built in time on the sweat and sacrifice of many activists, who have even given their lives for the ideas it defends.

It is the Albanian analysts and media that erase the history and context of Vetëvendosje, ignore the ideas that Albini represents to deal simply with the person. Thus, the future victory and government of Vetëvendosje is analyzed starting from its character and origin. Political analysis is transformed into the psychological analysis. Instead of analyzing Vetëvendosje's ideas and program, analysts deal with its leader's deep and dark desires to become Enver and his family origins, degrading gossip analysis in the studio.

And here we come to the second paradox. The main producers of Albin's cult today in Tirana are his biggest critics. According to them, victory is all his. Therefore, the responsibility will be all his when he fails in governance, which assures us that it will definitely happen.

Despite the criticism, in these analyzes, Albini appears as a superhuman being. He wins the election alone, governs alone, fails, and achieves success alone. Everything that happens from now on in Kosovo is simply and only a product of his will. When we say Kosovo, we mean Albini and vice versa. It is precisely these analysts who criticize him as a dictator and authoritarian, who, in fact, are giving Albin today the status that Enver Hoxha had yesterday.

In political science, this is called a self-fulfilling prophecy. By dealing only with Albin, ignoring the ideas he and Vetëvendosje represent, ignoring the political and social context that produced them, treating Vetëvendosje as the leader's private property, analysts and the media nurture exactly what they are denouncing: the personalization of policy.

Unlike the analysts in question, I can not predict the future. I do not know if Vetëvendosje will succeed or will definitely fail, as some of them assure us. It is very likely that her government will have successes and failures. But what we know from our experience, both with communism and with the transition, is that the personalization of politics produces from dictators like Enver to authoritarian politicians like Berisha or Rama.

In fact, one of the reasons why the Albin myth is being cultivated so much in Albania is because our media and analysts have a long tradition in this field. Partly due to the lack of academic debate, the analysis of communism in our country has already been reduced to the character of Enver Hoxha, which seems to explain why our communism was so savage compared to its neighbors. It does not matter that our social and demographic structure was quite different from Yugoslavia, Hungary or Poland.

Transition developments are treated in the same way. Azemi overthrew communism with Berisha, it does not matter that he was in crisis for years. The pyramids were a product of Berisha, despite the fact that pyramid schemes are a constant phenomenon of capitalism, even in the US. Likewise, money laundering in the Albanian economy and organized crime are simply Rama's wishes. It does not matter that money laundering today is a product of financial market liberalization. Much more money is laundered in London and Switzerland than in Albania, not to mention tax-havens.

This personalization of politics, its reduction to the omnipotent will of an individual, produces precisely the dictators he denounces. Therefore, reducing the electoral upheaval that occurred in Kosovo to an individual is both wrong and dangerous.

The Democratic Party will demand the rerun of the parliamentary elections in nine constituencies of the country. This is because the blue headquarters claims ...

Albania's parliamentary elections were competitive, but the ruling party enjoyed the advantages of being in power. The opposition failed to attract enough und...

Parliament approved this Friday with 97 votes the establishment of the Commission of Inquiry for the dismissal of President Ilir Meta. The term of the Commis...

Commission of Inquiry / Fuga: An argument why the President of the Republic should be fired!

Selected PD candidates, Nishani: Basha did not ask me about the lists, the allies should have been at the end

EU ministers discuss the Western Balkans on May 10th

The famous rapper's birthday party is interrupted by the police

Jennifer Aniston gives a strong message about the Covid-19 vaccine

Horoscope signs that find it difficult to express their feelings

US Election Mission to the OSCE: Administration used, SPAK to investigate electoral crimes

Today approved with 97 votes, the Assembly is not wasting time; when the first meeting of the Commission of Inquiry for the dismissal of Meta is held

While Marina is working, Getoari enjoys coffee with "Klanifornia" boys

Remnants of Chinese missiles are expected to fall to the ground over the weekend, is Albania in danger?

Received only 13 votes on April 25, Selami Jenisheri: I put Albania in the UN

Poem writes the blue himself in the rapper's lakut, Ledri Vula's special tattoo for his daughter

The CEC publishes the average age of the deputies of the new assembly, the youngest from the DP