"Erdogan as Pope" and the young Albanian dumbassists 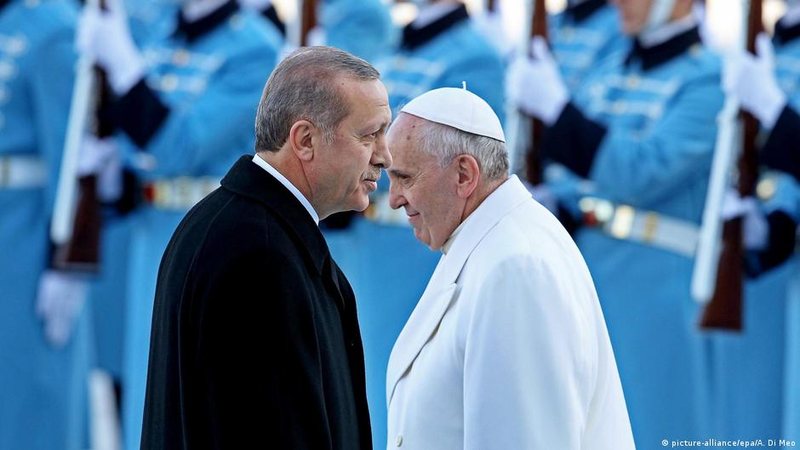 There is no way we could not nurture dual feelings of love and hate for the Turks. We had a common five-century history when they were in the role of masters and we were offered a role of 'the house slave' in relation to the peoples who were within their Empire. Being on the outskirts of an Empire, which the development of post-Renaissance Europe left behind, we did not even benefit from the roads, railways, or ports that the Ottomans built in the territories controlled by them.

We were left behind and when we realized that the sick man of Bosphorus had no escape we too shook hands!

But feelings of love for the Ottomans had no way of turning them immediately into hatred. This brought the movement of Haxhi Qamil, but also other pro-Turkish movements in the territories inhabited by Albanians. Many Albanians had families and properties in Turkey, many of them had studied there and a considerable number were spiritually associated with the Turks because of their common religion.

These feelings of secret love could not be extinguished even by the anti-Turkish propaganda of the Dictatorship, which more than patriotism had as its motive the fight against Turkish pro-Americanism. In the early 1990s, a friend of mine told me about the enthusiasm expressed by two writers born and raised under Dictatorship, when they had visited Istanbul and Ankara. Both came from Muslim families.

In today's article by journalist Mentor Nazarko, this kind of enthusiasm is repeated, and even comparisons are reached that the "brotherhood" conveyed in Erdogan's speech is similar to the brotherhood that Pope Francis recently preached!

Erdogan's brotherhood (bureaucracy) presupposes the alliance for good and bad deeds, to punish opponents, to create other dominances in the Balkans, etc. It is not called brotherhood even when helping with earthquakes and floods, because it sets conditions for them as well, as it did to fight its real brother, Fethullah Gülen.

Albanian crypto-sultanates with one eye from Brussels and another from Istanbul do not have it out of love for the Turkish people or for common values but from the philosophy of submission to the powerful and especially when it conveys the same values ​​of authoritarianism and lack of respect for human rights that even the sultan lovers have as their mentality.

Unfortunately, this applies to Edi Rama and many others who bow their bodies respectfully to President Erdogan's bag of devalued liberties.