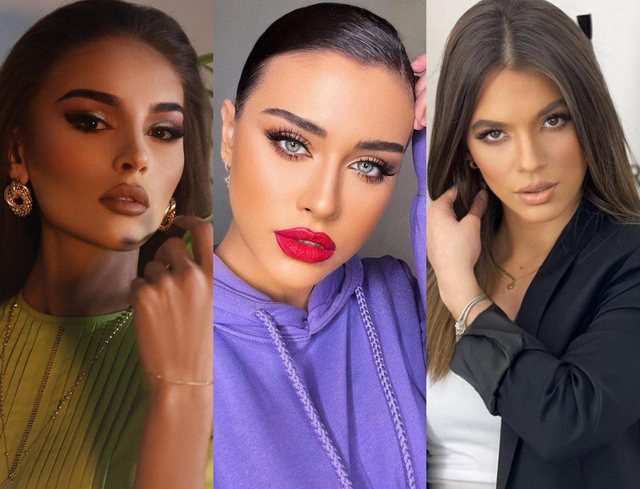 Dojna Mema has become part of the discussion of the section "Pavement" on Top Channel, where part of the panel are also the former competitors of "Përputhen" Ana and Shqipja.

But this, according to Dojna's followers of an intellectual disparity.

One of the followers writes to the moderator of Top Channel:

"How can they put you on the side of Ana and Shqipes in discussions, because they understand what a great intellectual difference is?"

As Ana responded by saying:

"I do not believe. Each of us has a baggage from behind which is so different and interesting to be placed opposite. Both of the girls you mentioned have tremendous influence in public and represent similar people to them. Television is beautiful because it has it all. And salt, and pepper, and sugar. The clash of thoughts, mentalities always makes you reflect. All Albanians find themselves in one of the characters of that column. "This is the" sidewalk "philosophy that is always discussed so much." 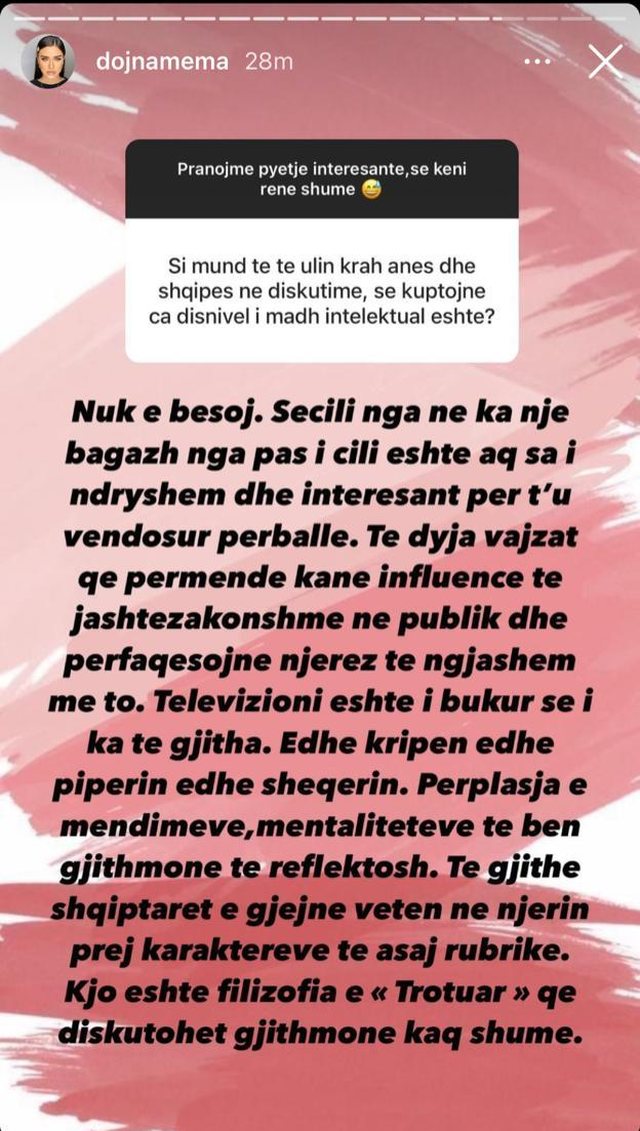