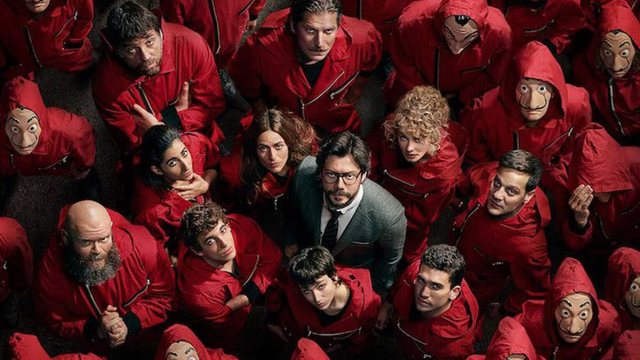 The fifth season of "La Casa De Papel" will start airing soon. This was confirmed by the giant "Netflix" as it published the trailer of the fifth season.

A few days ago, Netflix announced that the final shootings were over and that fans would not expect much to see their favorite series. The last season will be divided into two parts, where the first part will start broadcasting on September 3 and the second part will start on December 3 of this year.

"What started as a gang of thieves, ended as a family. The shooting of the fifth season of “La casa de Papel. A thank you to all the fans who were part of the resistance. We look forward to telling you how this story ends. ” - was written in the announcement of "Netflix" a few days ago.

"La Casa De Papel" has recorded a worldwide viewing record by becoming the most favorite series of all time. In April last year alone, the series was watched by about 65 million people.

The fifth season will also be the farewell of the actors, as the series will not have another season. Varlvaro Morte, in the role of Professor, has thanked through a video all those who have given their support to the series.

"Shooting for the last time on the set of La Casa de Papel. Words are few. I'm grateful to everyone: the first fans of course, and the entire Vancouver and Netflix squad. To you too, dear Professor. I will miss the beautiful time I spent here. Thank you " , Alvaro wrote in the post.