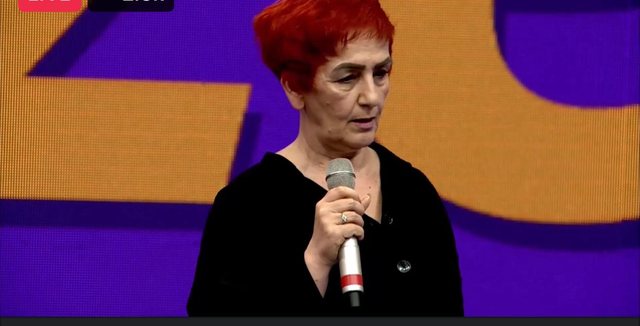 Prime Minister Edi Rama has presented in the program "Health we want", Najada Çomon, head of the Infectious Diseases Hospital, as a candidate of the Socialist Party in Tirana.

Rama confirmed the rumors that Çomo will be part of the SP lists, while he said that it is proof that the government is grateful for the work of those who are in the front line of fire.

"I am also very grateful for the fact that you are here. Maybe it's time to tell everyone to listen. Given that at this crossroads that is this confrontation, this match, this race, Albania must speak, must feel, must echo the voice of those who are on the front line of this war but also on the other side of this line . It is certainly a reason to reflect on our team. It is a reason to take a step and extend the hand of prayer asking that someone, and who better than the fire line commander, come with us not to become the next MP in a group of MPs, nor for to leave the line of fire and to sit in the comfortable chair but to be there, how many times must the inner voice of those spaces where war is face to face and brawl with the enemy not miss parliament, the majority people and the government that will need to hear more by acting in sync with the people. "I spontaneously revealed a little secret as we gladly received your approval." tha Rama.

On the other hand, the chief infectious disease in her speech spoke about the work within Covid hospitals.

"For them, we have been part of their family and the love and work that those people inside offer is extraordinary, and it is like a family member serving them within the walls of the hospital. We suffer with them, in us you will find many tears, tears for the pain and suffering of those people, the lives lost inside the hospitals. If I told you it's more than a year of work, time will tell how many years of work we have invested within those rooms. I say that because the work there is not done on a schedule, it started on March 8, until the last case. We have laughed at work when we receive endless smiles and messages from family members and the people we have served with family devotion " , said Çomo.