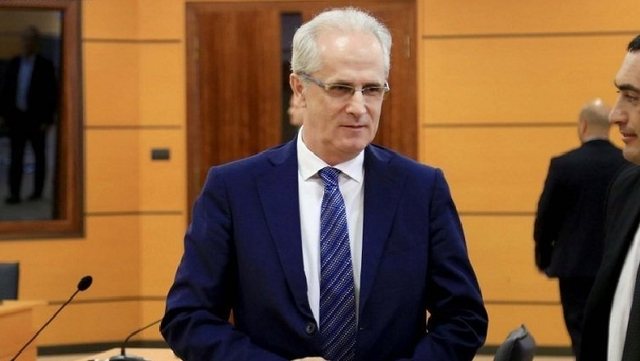 The US State Department has named the former head of the Judicial Appointments Council, Ardian Dvorani, as one of the 12 champions in the fight against corruption.

It was the US Embassy in Tirana that published the statement by Secretary of State Anthony Blinken, who announced the State Department's International Award for Champions Against Corruption and honored 12 individuals committed to transparency and accountability.

"The United States is rebuilding our partnerships, based on common principles such as the rule of law. In this spirit, I proudly announce the State Department's International Award for Champions Against Corruption and honor 12 individuals committed to transparency and accountability. Secretary of State Anthony Blinken.

"Judge and Judicial Appointments Council member Ardian Dvorani from Albania is one of these Champions," the US Embassy was quoted as saying.

On the other hand, Prime Minister Edi Rama in a twitter post has described the statement of DASH as a radiant assessment that melts the political and media mud, which was thrown without it.

" The high appreciation of the new Secretary of State for Ardian Dvorani is an extraordinary encouragement to all those who fight for Justice Reform in this phase of the fight with Evil where the reform has entered and a reaffirmation of the US commitment in the fight for Reform! "Ardian Dvorani was hit bluntly precisely because he did not give in to the pressure of Evil and this radiant assessment melts all that mud of political and media immorality, which was thrown sparingly on him, proving once again that the right delays but does not forget ", writes Rama.

We recall that the head of state, Ilir Meta has reported to SPAK Ardian Dvorani regarding the clash over the appointment of members of the Constitutional Court. Meta has described him as a servant of the Socialist Party, while during his attacks he has stated that Dvorani has usurped the powers of the President of the Republic on the appointment of members to the Constitutional Court.