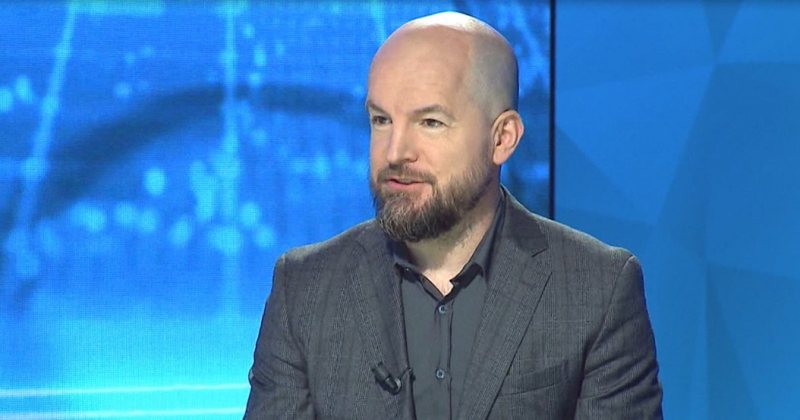 A speech by MP Mark Marku in the National Assembly of the Democratic Party was greeted by several people, in politics and the media; by the neutrals about the party and even those who have a bone to pick.

Astrit Patozi, a politician who has known how to reflect wisdom in most of the ponds that politics has brought before his face, went so far as to declare that Markut's speech had saved the PD Assembly.

What is expected and hoped for is the salvation of the Democratic Party itself and the 'extraordinary' Assembly proves that it is almost on the verge of the insurmountable. Mark's word was a bell of this alarm.

Marku can not save the DP, but he surely saved himself on Saturday of the Democratic Part's Assembly. Among those who have gained something (n MP seat in Basha's party), Marku is apparently the only one who can think, not with the ass and the passion of this anatomical part for the chair. After doing this, Marku intelligently separated not only from the crowd of stupids that follows the party chairman but also from the suspicion that in 2013, when he was left out of the lists by Berisha and he spoke of 're-establishment', he did it because he was disappointed.

Lezha's MP in the Parliament, intuitively, as if he wanted to archive in history the fact that he warned what could happen to the DP after four years, thus leaving the intellectual's conscience calm. Mark said that, after four years, if this continues, the Assembly will convene again to call for 'loss and theft'.

But, perhaps more than anything else, Marku has been troubled by false procedures and by simulating the 'extraordinary' in an Assembly that brought nothing beyond the ordinary. A connoisseur of academia, Mark as a lecturer knows that a lecture or seminar has some procedural frameworks which if violated lose their meaning. He saw this procedure raped in the Assembly of his own party. The recitation of some speeches and the lack of debate, or even the absence of the Chairman during the speeches was like turning the class upside down, where the teacher comes, reads the lecture, and lets the students come out in front of the class to talk about the last lecture. While he himself has left.

With what happened in the Assembly, Marku realized that Basha performs the rituals, but does not believe in them. He plays the tolerant but builds the ignorant. Marku has understood the other, which is a big difference between Berisha and Basha. If the former takes your eyes off you and excludes you from the affairs of the party, the latter seeks to silence you by including you in them but leaving you without a role.

Mark, apparently, can not stand the appearance of himself castrated under a chairman who castrates the party and says that the castrator is the opponent.

In the end, saving yourself is not a small thing. As in that fable with the man who was drowning and asking St. Kolli for help, PD does not understand that to go ashore, you have to play hand and foot. Basha's mouth, already for 8 years, does not come out but exaggerates.