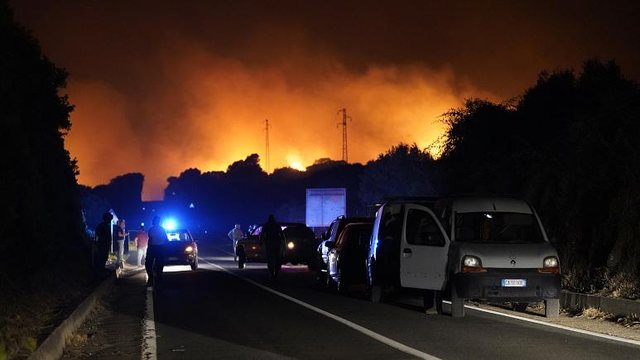 Sardinia has been engulfed by fires. Rome sought help to extinguish the flames and France along with Greece sent firefighting planes to Italy.

"For several hours a large area in the province of Oristano has been on its knees by a devastating fire," Luigi di Maio, Italy's foreign minister, wrote on Facebook on Sunday.

Foreign media report that at least 355 people have also been evacuated from their homes.

Regional authorities said 7,500 firefighters had been mobilized, as well as 20 aircraft, including seven Canadians and 13 helicopters.

Christian Solinas, president of the Sardinian region, described the fires as "an unprecedented catastrophe".

"Ten thousand hectares of vegetation were destroyed, businesses and houses were burned, cattle were killed, " he wrote in a statement.

The region has declared a state of emergency and called on the government to provide "immediate financial support to repair the damage and help the affected communities" .