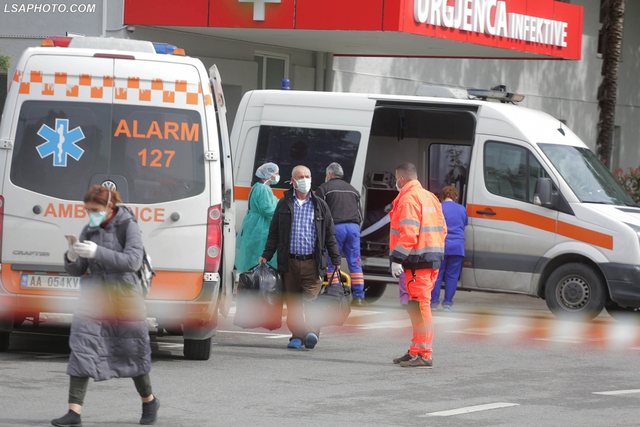 A citizen from Kruja lost his life from Covid-19 in the last 24 hours, the Ministry of Health informs.

In the daily report, the ministry clarifies that out of 1412 tests, 498 citizens have been infected and 521 have recovered.

We inform you about the situation in the last 24 hours, as follows: 1412 tests have been performed, of which 498 citizens have tested positive for COVID-19, in these municipalities:

There are 3,724 active citizens with Covid19 throughout the country.

Currently, 23 patients are receiving treatment at the COVID3 hospital. In the last 24 hours there is a loss of life with Sars-Cov2: a 72-year-old citizen from Kruja.

The Ministry of Health and Social Protection expresses its condolences to the family.

521 citizens have recovered during the last 24 hours, bringing the number of those recovered to 316,796 since the beginning of the epidemic" , announced the Ministry of Health.

"You canceled the energy bandage to come out as a savior", Rama: I live every minute with this task, but I don't make films

A commentator addressed Prime Minister Edi Rama that he is playing a double game with illegal constructions, during a communication on social networks. While...