Together we can: Vodafone brand new positioning, symbol of the power that comes from combining technology with human ambition 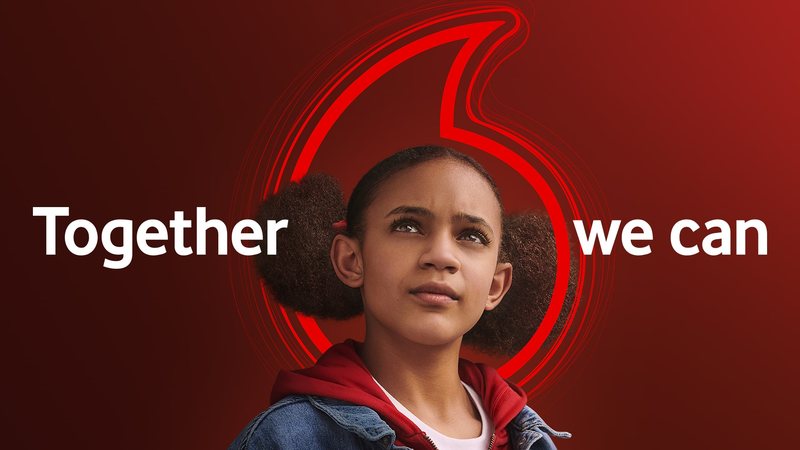 This weekend, in the campaign to launch the company's new slogan worldwide, Vodafone highlights what the human soul can achieve if intertwined with technology. Vodafone will make public the new slogan, "Together We Can" ("Together We Can") to convey the new philosophy of market positioning, accompanied by a 12-month advertising strategy on television, print, and online, the strategy of which reflects Vodafone's unwavering belief that the partnership between technology and society can build a better future.

"The slogan 'Together We Can' emphasizes 'We', but also how cooperation between the human spirit and innovation can achieve great things," says Ales Froment-Curtil, Commercial Director of Vodafone Group. "Experience during these 12 months of the COVID-19 crisis has highlighted more than ever the vital role of interconnection and technology so that society, businesses, and government do not lose touch with each other. As a goal-driven company, Vodafone believes that technology can improve our lives, and this new position takes to another level the philosophy that thanks to technology we can create a better, more inclusive, and sustainable future.

Vodafone's new position is based on the results of customer surveys conducted by the company itself, surveys that found that technology plays a profoundly transformative role in the lives of each of us. The results showed how technology has evolved from something that simply forgave people's emotions on a personal level, to something that plays a more meaningful role in the world, to bring about a radical change in issues like sustainability and social development. For example, over the past year, sustainability gained more importance as consumers gave more weight to the selection of favorite companies and brands, with eight in ten consumers proving that sustainability was key to them. In the coming months, Vodafone's message "Together we Can" (Together We Can),

The "Together We Can" campaign will start on April 2 with the TV spot "Unstoppable Girl", where a girl asks questions about the world around her, about the role that technology plays in curing diseases, climate change, and digital inclusion. The ad, which will be accompanied by a series of press releases and digital activations, will focus on Vodafone's critical role in answering questions about the extent of the 5G gigabit network, internet access in the deepest parts of the world. , the role of the DreamLab application in the fight against cancer and COVID-19, etc.

The campaign will present the new identity of the Vodafone brand, with the symbolic logo and the historical red color.

The campaign will cover 30 countries around the world, such as Germany, Spain, the United Kingdom, Italy, Romania, Greece, Ireland, Hungary, Albania, the Netherlands (via Vodafone-Ziggo), Portugal, the Czech Republic, Turkey, Australia, Africa and South, Ghana, Democratic Republic of Congo, Tanzania, Lesotho, and Mozambique, but also in countries with Vodafone partner markets, such as Qatar and New Zealand.

The creative aspect of the "Together We Can" campaign has been covered by the London-based New Commercial Arts agency and directed by Tom Green, the director of the most successful television series, who has won several awards in the UK. like Misfits and Blackout. The design of the brand new identity has been managed by Superunion, while Carat has taken over the purchase of media space.