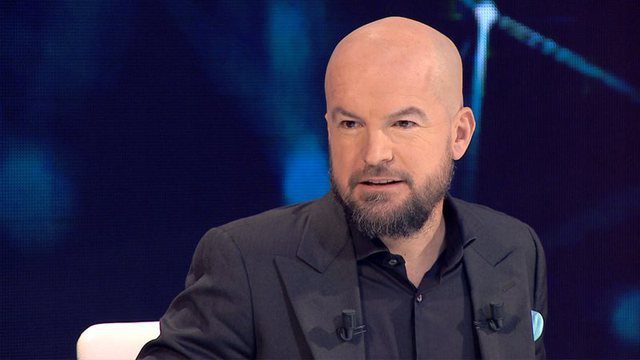 The "greeting card" that Basha and Kryemadhi had chosen to send to the viewers on the day when they threw their signatures on the PD-LSI coalition, does not make us happy. On one side was a former Minister of Health, whose biggest reform was the reduction of hospital sheets from 2 to 1.6 meters. Albanian patients will at least have their feet out in the event that the same petropolitical would head Health.

On the other hand, that of the shadow prime minister, you can not read more than the general excitement of the photo opp. The decor was more stately than the event and the characters more willing and excited than the partisans of '44 to enter post-war Tirana.

But there are also good signs.

A Basha-Kryemadhi government will be a government of checks and balances. The parties will condition each other, and both will be controlled by a new judiciary, whose maturity teeth have begun to erupt.

If the PD and LSi make the victory numbers on April 25, that of Basha and Kryemadhi will be the most pluralistic and influential cabinet of all times of transition. Take away Nano's "fragile years", when the SP cabinets fell and rose like the Italian government.

On the government game, where Basha will stand out with his height and brilliance, and Kryemadhi with the language and actions of adolescence will be extended the hands trained in the government of Sali Berisha and impatient for action and access to the first line of Ilir Meta. The sound of small allies will also be a concert.

Being focused on some hands will also be easily vulnerable. This fragile balance can make it more cautious, more ready for concessions, and less authoritative.

Another thing that has nothing to do with them, but will help them, will be the eventual exit from the pandemic and the return of society to the redemption of life. Costs and freedom will increase and the new government will get a hand out of this turn of fate.

In the end, whenever there is rotation or a new government, society is automatically overwhelmed by the enzyme of optimism. As is this editorial, digging deep into the bon sense box.

Prime Minister Edi Rama and Serbian President Aleksandar Vucic were received today by their Macedonian counterpart Zoran Zaev in the framework of the Economic...

Representatives of AMT were not allowed to submit a request to the ministry, Margariti reacts: They did not request a meeting

The actor of "Prision Break" is diagnosed with autism

As of today, Bosnia and Herzegovina prohibits by law the denial of the Srebrenica genocide, imprisonment is envisaged