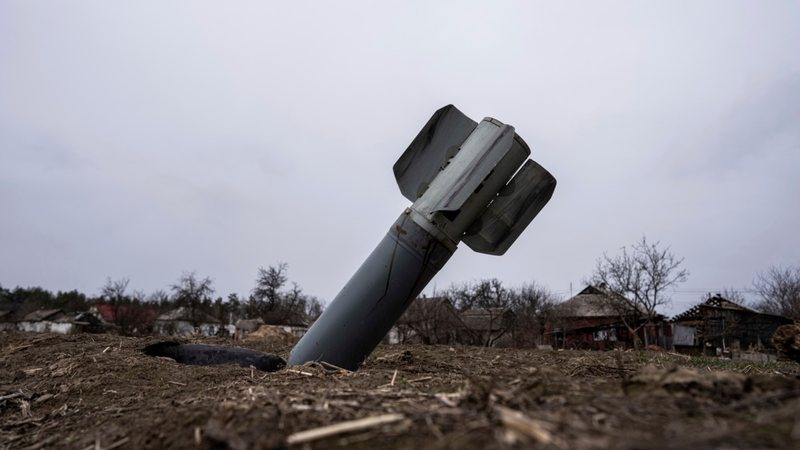 Due to a shortage of munitions, Russia has begun to remove nuclear warheads from its aging arsenal of nuclear missiles, and is using the latter to strike Ukraine, Britain's defense ministry said today. Meanwhile, the prime ministers of Poland and Lithuania held a meeting today in Kiev with their Ukrainian counterpart, Denys Shmyhal. Millions of Ukrainians continue to be without heat due to Russian attacks on Ukraine's energy infrastructure.

"Russia is likely removing nuclear warheads from old nuclear self-guided missiles and using them to strike Ukraine," the British Ministry of Defense announced today in a tweet, referring to the latest developments on Russia's attack on Ukraine. .

The British Ministry of Defense emphasized that satellite images show the remains of a self-guided missile shot down by anti-aircraft systems. The missile, manufactured in the 1980s, may have been filled with heavy metal materials to replace the weight of the nuclear warhead, the British defense ministry said in a report. Although the missile can cause damage from the propellant explosion and kinetic energy, it is unlikely to be effective in hitting the target targets. But these types of missiles could be used by Russia to trap Ukraine's air force, the report said. Regardless of the intended use, British defense officials say it highlights the fact that the Russian military's weapons arsenal is dwindling.

Meanwhile, the prime ministers of Poland, Lithuania and Ukraine held a tripartite meeting today in Kiev. Mateusz Morawiecki and Ingrida Simonyte were hosted by Denys Shmyhal in the Ukrainian capital on Holodomor Remembrance Day, which honors the millions of victims of the 1932–33 famine.

Polish Prime Minister Mateusz Morawiecki paid tribute to the victims by laying flowers at the Monument to the Victims of the Famine of 1933. In November 1932, Soviet leader Joseph Stalin ordered the police to confiscate grain and livestock from Ukrainian farmers, causing the starvation of millions Ukrainian peasants in the following year.

Meanwhile, President Volodymyr Zelenskiy on Friday criticized Kiev's mayor for poor work on setting up emergency shelters for residents left without heat due to Russian attacks on the country's energy infrastructure.

Due to Russian attacks on the energy production system, Ukraine has created thousands of so-called "unbreakable centers" where people can access heat, water, internet and mobile phones.

In an evening speech, Mr Zelenskiy said Kyiv Mayor Vitali Klitschko and his officials had not done enough to help residents.

"Unfortunately, local authorities have not done a good job in all cities. In particular, there are many complaints in Kiev. More work needs to be done in this direction, " he said, adding that there is not a good level of service in many centers. of Kiev.

"Kiev residents need more support. Many of them have been without power for 20 or even 30 hours. We expect quality work from the mayor's office," he added.

President Zelenskiy also criticized those he said had lied in their official reports, but did not elaborate. More than 4,000 shelters have been set up so far.

The criticism is unusual as Mr Zelenskiy has tried to cultivate an image of national unity during the war and has usually praised Ukrainian officials.

Vitali Klitschko, a 51-year-old former professional boxer, was elected mayor of Kyiv in 2014. His office has yet to comment on the president's statements./VOA