Another record of casualties from Covid-19 in the country, over a thousand infected in 24 hours

Bamir Topi makes the surprise move, he is expected to join the opposition coalition

Bes Kallaku's birthday with 30 people, Rama: Disgusting spectacle and the most scandalous example of breaking the law by the President and the first lady 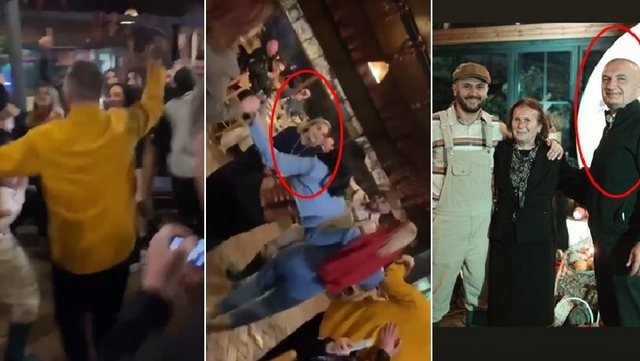 Prime Minister Rama has reacted harshly after the breaking of the measure for the gathering of no more than 10 people by President Meta and Monika Kryemadhi, with their presence at the birthday party of comedian Bes Kallaku.

According to Rama, it was a disgusting spectacle, and the couple Meta - Kryemadhi gave the most scandalous example of breaking the law.

"I do not decide the measures, but the Technical Committee of Experts. Also, I do not even monitor the implementation of measures, there are institutions for this. So I find it impossible to answer the question.

Understandably, like everyone else, I have seen what no one would want to see, the most scandalous example of lawlessness by the President of the Republic, the first lady and their entire squad.

While it is very clear to everyone that there can be no gatherings with more than 10 people and no parties and weddings can take place until the painful mortuary ceremony, these appear to us in a disgusting show.

This I have seen nothing else. Health is most important above all. There is no other political activity including those electoral ones that can be discussed with an importance that calls into question health.

Moreover, since we are not in the electoral campaign, we have not interrupted any electoral activity. So if we have as few meetings as possible, it would be better not to have any, and we reduce the activities with the participation of more people, that is a good thing.

We should all do our best to avoid unnecessary leaving the house as much as possible. "If you avoid coffee and going out for lunches and dinners, it would be a good thing that even hospitals do not encounter without waiting and without remembering an influx of patients", said Rama.

Referring to the calls of the opposition to increase the number of tests, Rama chose not to speak about such a thing anymore. According to the Prime Minister, the issue of tests has become banal and he is not interested.

"As for the tests, I do not talk about tests anymore. it has become an ugly banal theater. "Discussions about tests were made more for coffee and not for me who is not an expert and I am not even interested", said Rama.

Kastrati group ”is the 100% shareholder of“ Tirana International Airport ”, which manages the concession of the international airport“...

Deadline for registration of coalitions / Allies in the blue headquarters, sign the agreement with Basha

Basha with the allies The Allies have signed the agreement with the DP for the April 25 elections. This afternoon is expected to be submitted to the Centra...

President Ilir Meta this Wednesday has turned the law, which extends the term of the concession of the airport "Mother Teresa" by 13 years, into flagrant viol...

Deadline for registration of coalitions / Allies in the blue headquarters, si...

New details from the agreement / How will the candidates of the small parties...

Bamir Topi makes the surprise move, he is expected to join the opposition coa...

"I am the longest beggar on the planet", Rama for the provision of the vaccin...

Kostaq Papa, Gjuzi and Jenisheri get together for "April 25", register the coalition at the CEC

After asking him to "follow", Teigen begs the president to "unfollow" them. Biden fulfills the wish

Rinas Concession, Meta: A flagrant case of state capture by the ruling sect

Another record of casualties from Covid-19 in the country, over a thousand infected in 24 hours

Calling him an oligarch, the businessman answers Meta: Shall I take the evils, after April 25 I will bring fish to Lalëz

Doctors letter to Meta, Rama and Basha: We are worried, implement measures against Covid-19!

Director of "Shefqet Ndroqi": The British version of Covid has arrived, it has greater aggression

Granit Xhaka is attacked and offended on social networks: What is the fault of my wife and daughter

"I stole and disappeared for days", I = was only 13 years old when Drew Barrymore was admitted to a psychiatric hospital

Beyonce's mother writes "love letter" to groom, rapper Jay-Z: You have influenced young people of color, I love you so much

"Travels at night", Meta: During the day the sirens sound, I do not want to disturb the citizens

Deadline for registration of coalitions / Allies in the blue headquarters, sign the agreement with Basha

Mandy Moore becomes a mother for the first time

"I am not interested in party lists", Meta: I will go out of my way to convince citizens to vote

Tonin Uldedaj leaves PD for 'Conviction' of Patoz: One more choice for Shkodra

Accident at work, the miner in Bulqiza dies

New details from the agreement / How will the candidates of the small parties, PD-LSI be listed with a list in two constituencies

Hacker attack in the US, all evidence points to the involvement of Russia