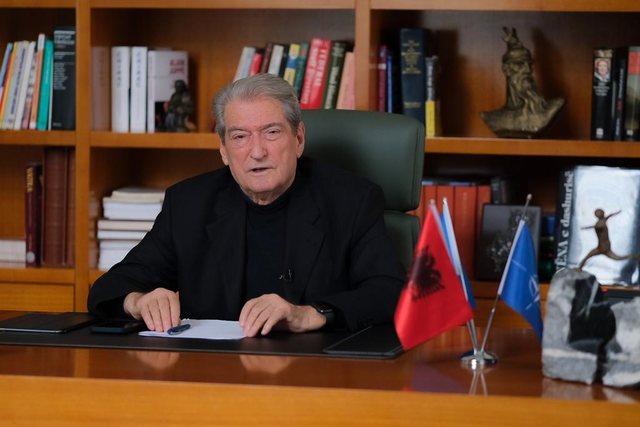 The head of the Democratic Party, Sali Berisha, reacted after the Tirana Police rejected the request of the Democratic Party to hold the protest called by the opposition on December 6 at 12:00, the same day when the 27 leaders of the European Union countries arrive in Tirana as part of the summit. of the EU. According to the Police, the organization violates national and public security.

In a live conversation with citizens on Facebook, Berisha said that the protest will take place because the Constitution does not recognize restrictions on protests and citizens' freedoms.

Berisha : The State Police announced last night that they do not know the Constitution and the laws of the country.

Regarding this announcement, I remind these vassals of Edi Rama that the Constitution does not recognize restrictions on protests and citizens' freedoms.

But in addition to this, there is a decision of the Constitutional Court, which decides that the protester has no obligation to notify the police.

Thirdly, Edi Rrama's state police are treating the EU leaders' summit as if the world's dictators are gathering here, at a time when those who come to Tirana are citizens elected by free vote.

The European Commission, to clarify the European position, requested that the right to protest be respected.

Therefore, that rejection is unjust. It shows the true face of this regime that is terrified of the opposition people who will fill the square on the 6th at 12 o'clock.

On this date, all those who hold the European dream most precious for their future will flood.

On the 6th, all those who see European values ​​as the most precious will flood.

It will be a protest that has never been seen before. It will be a protest where the call will echo everywhere, We love Albania like all of Europe. The call: Edi Rama and the narco-state do not represent Albania, Edi Rama the main violator of the free vote in Europe after Lukashenko, Edi Rama, a blind vassal of Vucic and poor lawyer of Little Russia and Putin.

We have so many motives to be in the square guaranteeing the complete safety of our friends, whom we salute and consider a great honor for the Albanian nation.

But Edi Rama does not represent the free vote, he represents the narco-state and everything that turned this nation into a nation of rafts.

So we must be there, all together, and we will be.

Applications are closed, the three judges aiming for the new head of the Constitutional Court