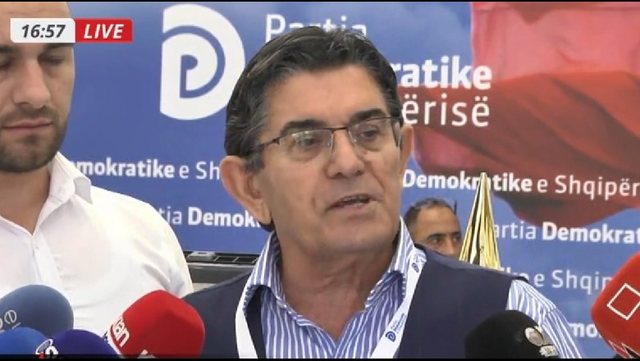 With only two hours to go before the closing of the voting process, 33,047 Democrats, or 44% of the DP membership, have so far voted in the election for the new party chairman.

The figures were announced by the chairman of the Election Commission in the Democratic Party, Jemin Long, through a statement to the media. Tirana has a slightly higher number of voters than at the national level, as so far it has voted 46% of the membership.

Regarding the problems, Gjana told a case in Kombinat, a name known by the investigative media has gone to vote with equipment. Regarding the accusations of removing names from the voter list, Gjana said that they are unintentional moves and have created another space to vote.

We have no further problems, in the last 3-4 hours there has been no movement of representatives, they have not changed. I want to let you know two verifications we did. In Kombinat appeared, one with FB comes out a well-known name from the investigative media who went to vote with equipment, has left. I hope he does not go to another place.

One of the representatives of the candidates, we were informed that 3 voters in Saranda voted and in Vlora and Gjirokastra, it does not turn out, they voted only in Saranda. I am now answering the representative. Those who have a membership card are generally allowed, without hindering. I saw a Konjari that he was angry that he did not find the name in the list, it is true for the effect of processing in the IT systems of the names, if he does not appear in the list but has a membership card you can vote. "Obstacles are unintentional movement, being unintentional we have created another space in motion," said Gjana.

Regarding the problems, we recall that there were denunciations from the two candidates Agron Shehaj and Edith Harxhi regarding the expulsion of commissioners and the removal of the name from the voter list.