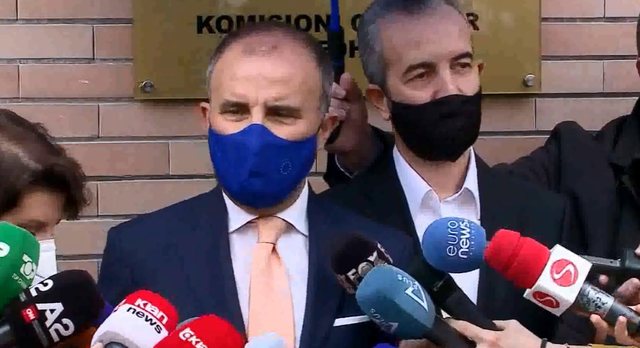 EU Ambassador to Tirana Luigi Soreca appealed to Albanians to exercise their right to vote.

After the meeting with the head of the CEC Ilirjan Celibashi, Soreca addressed a message to the political parties three days before the elections.

" Chief Commissioner Celibashi told us about the preparation of the April 25 elections and the situation so far.

He spoke to us about the preparations for electronic identification and electronic voting. Everything is almost ready. A very important aspect has been the voter education has been done very well, and we congratulate the commissioner for the good work. We have given our support.

We appeal to all Albanian citizens to vote, to exercise their right, because it is their future. These elections are extremely important and the EU is following you in all 60 municipalities of Albania. What is happening in Tirana and in Albania will be important for the EU, Albania is a candidate country. It is important what will happen on Sunday in Albania ", said Soreca, while conveying a message to the political parties participating in the elections.

"My last word is for political parties, to emphasize the call we have always made for restraint and to avoid hate speech, conflicting language. So go out and vote, especially the young people '- said the EU ambassador, who concluded his speech with an Albanian call:' You decide! ' .