Alban Toro under investigation by SPAK, Anti-Corruption Lawyers letter to the HJC: Measures should be taken until the suspension, the election procedure was violated 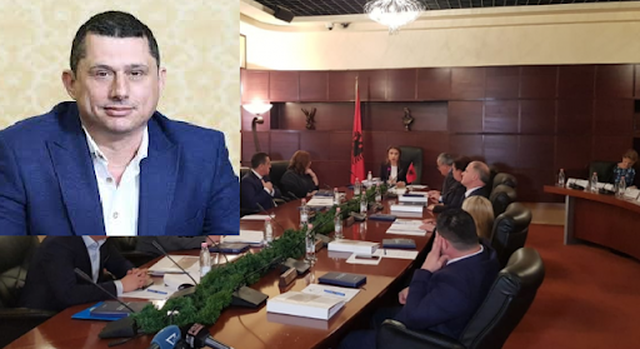 The Anti-Corruption Lawyers Association has addressed a letter to the High Judicial Council and the High Judicial Inspectorate, requesting that measures be taken against Alban Toron, accused of forging documents.

In the letter, which bears the signature of the head of this association, lawyer Ndue Pjetra, it is said that the association has started investigations regarding Alban Toron after numerous complaints have been addressed to him, which have created the conviction that the appointment as a member of the High Judicial Council , leaves room for suspicions that the procedure of his election has been violated.

"In the conditions when the Court has ordered the registration of criminal proceedings according to the report, we consider reasonable the suspension from duty of the citizen Alban Toro until the end of the investigation as the decisions that will be taken by him in the exercise of duty may affect the interests of judges in decision-making according to the law of the High Judicial Council ”, it is said in the letter of JSC.

Just a few days ago, the Court of Appeals upheld the decision of the First Instance to start an investigation against Alaban Toros, who is suspected of submitting forged documents to be elected as a member of the HJC.