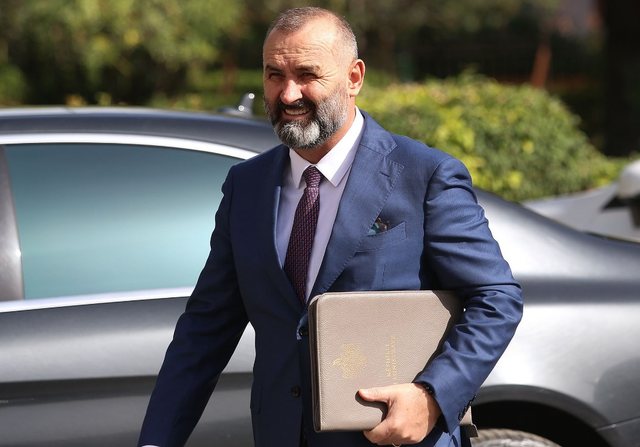 The Ministry of Justice released an official announcement on Wednesday, through which it claimed that Albania had started negotiations with the European Union for the group of fundamental chapters, focusing on chapter 23 "Judiciary and fundamental rights".

Accompanied by a photo from the meeting of the negotiating group on judicial matters with representatives of the European Union, the announcement also stated that the negotiation of the basic chapters was coordinated by the Ministry of Justice.

But contrary to what the Ministry of Justice announced, the negotiations for the group of basic chapters have not only not started, but it is not yet known exactly when they are expected to start.

Albania is in the first phase of the negotiations, the screening phase, which started with the first Albania-EU intergovernmental conference and is expected to last up to 14 months before the negotiations for the chapters begin.

While the meeting announced by the Ministry of Justice is part of the explanatory meetings for "Acquis", which prepare the candidate country for the alignment of the legislation with that of the EU. This was confirmed through a post on Twitter by the Deputy Minister of Justice, Adea Pirdeni, who is also Albania's negotiator for Chapter 23.

Asked by BIRN about the reasons for deceiving public opinion about the progress of the process, the Ministry of Justice did not respond until the publication of this article.

Experts in the field of European integration say that the stages or the terminology used to describe the negotiation process cannot be confused.

Gjergji Vurmo, program director at the IDM, told BIRN that "screening is currently being done, not negotiations". "The real negotiations begin at the second intergovernmental conference, after the screening of the chapters is completed," he said, referring to the ministry's announcement.

The government and Prime Minister Edi Rama have played politically with the terms, often presenting the public with imaginary achievements in the integration process.

Albania received candidate status in 2014 and only in July of this year officially opened membership talks at the first intergovernmental conference with the EU, but the government had opened the champagne of opening negotiations several times, using European Commission reports that suggested EU Council this decision.