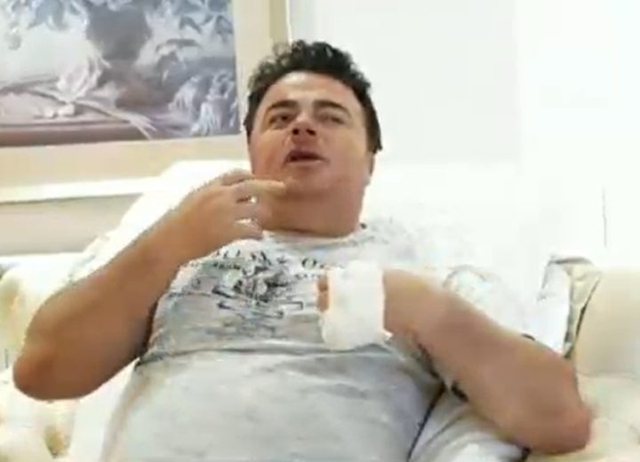 The health condition of the businessman who was raped and robbed on Sunday morning has worsened. Due to the blows to the head, Namik Çangu has been bleeding and is receiving specialized treatment.

Regarding this event, the police escorted to the police stations some people with precedents in the field of theft in the area where the event took place.

In the testimony given to the media, the businessman said that the robbers tied him up and raped him. "They cut my finger with scissors,"  he said, adding that  "one of the perpetrators was in a police uniform . "

Police went again today to take evidence from the businessman, but his health condition has made it impossible.