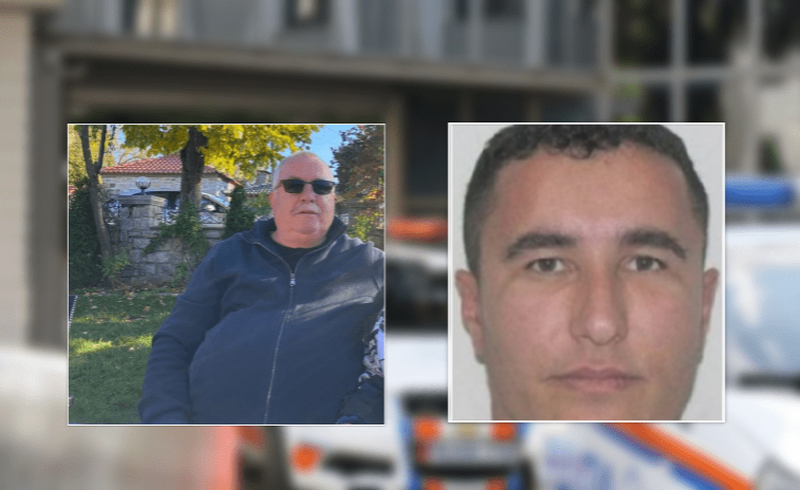 After receiving the status of penitent of justice, Nuredin Dumani, has given evidence on a series of criminal events that occurred from 2011 onwards. Together with the other penitent, Henrik Hoxhaj, they shed light on the stories of crime gang clashes.

Dumani has shown that criminals used the "Matrix" application, where orders from drug trafficking to murder were carried out. Dumani also gave details from the assassination of the businessman and administrator of the 'Willson' school in Tirana, Lulzim Masha.

According to Duman, for the head of Lulzim Masha, Suel Çela had offered 150,000 euros.

Excerpts from the testimony:

"During the communication I had with Suel Çela in the Matrix, he gave me a contact from a friend of his, who was interested in eliminating the owner of the Wilson school. He gave me the contact of this person and I talked to this person for a few days and asked me to eliminate the owner of the Wilson school for the amount of 150,000 Euros. He had sent me some photos, the garage of the apartment (which had different entrances and exits), in the Block area, the photo of the person who had the school, the photo where he was together with his wife and son in a restaurant. I initially asked for 200,000 Euros to do this job. He offered me the sum of 150,000 Euros. I have never seen this person and I do not know him. On the phone I just registered his contact number. For this murder I contacted Henrik Hoxhaj (Rik) and Rik's friend who was called nephew and for whom I have given explanations before. I told Rick that I would give him 100,000 Euros to do the job. I contacted Rik over the phone with the "Matrix" application.

Rik in the Matrix I registered cousin. Riku agreed and I gave him the photo of the person as well as the premises that the interested person had sent me to carry out the murder. Henry told me that the owner of the Wilson school usually drank coffee at the bar opposite the garage. Riku also told me that the pursuit of the school owner Wilson was done by edhe. who has the restaurant in …… .., informing Henrik about his movements as his apartment was close to the restaurant …… Riku came to Kosovo in a Volkswagen Passat or Pheiton car and in conversation with him I told him about the facility which was to kill as well and I gave him a 7.65 mm scorpion gun which I was carrying myself. I remember that Riku came once again and met me in Kosovo where he was together with his nephew. When he came with his nephew Rick I also gave him a pistol.

Riku organized the murder of this person. While I was in Kosovo, I communicated with Riku by phone, who asked me for a vehicle to carry out the assassination attempt on the owner of the Wilson school. For this I wrote to …………………, to whom I asked for a vehicle for work (assassination)… The car was Golf 4, dark blue. Riku took this car and brought it to Tirana and told me that it is in a garage but that I know where. To my knowledge this machine has not been used for work by Riku. The payment for this car was made by Riku to the person who came out with a Jep Cheroke blind. Riku told me that, when he went to get the car, two people were waiting for him, where one of them took the car 30 meters away from the blind and then they both stood in the armored car waiting for Riku to arrive, "Granddaughter"… According to Rick, one of the people in the blind was a stuffed and skinny body. On the day of the incident Riku communicated with me at the Matrix and told me "who cares that we got dirty". Riku told me that his weapon was blocked.