"Parliament dismissed on April 25", Meta: No worries, I look forward to cooperating with the new majority 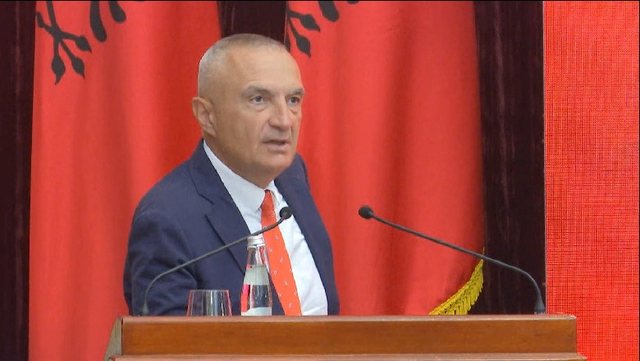 For the President of the Republic Ilir Meta, the mandate of the Assembly, which dismissed him on June 9 with 104 votes in favor, ended on April 25. He said that although the Assembly has been dismissed since April 25, it expressed its readiness to meet with the initiators, within the legal deadline of May 10.

The head of state said that there is no concern from the anti-constitutional act, as he described it and said that he is calmly waiting for cooperation with the majority and the new opposition.

"We should be pleased that we are moving from the pre-April 25 era of the monist parliament to an era of parliamentary political pluralism, despite the fact that the elections are not over yet and we must be patient until the animation process is over.

While there have been requests for evaluations, for interviews, for considerations regarding the latest appearance of the monist parliament, you know that we have tried to stay away from that show, that it has been clear to divert attention from the investigation and uncovering of electoral crimes to divert attention to culprits who do not exist.

I am emphasizing my readiness, even though the Assembly has been dismissed since April 25, to meet the initiators of this show within the legal deadline which was May 10, and for which I informed them, which they refused. They dictated that the President should leave the planned 10-day meeting with the Austrian Minister or the President of Slovenia to submit to whims.

As you know, power in the entire territory of the country is controlled by one party. I am not bothering you or all Albanians, because everyone knows what happened. We are not giving a show here what has been declared against the President, but it is a very clear thing that all the concerns of the president were verified. It would have been nice to have had model elections, but we know very well all those who want to know, that the president has made every effort to prevent the degradation of the election standard.

It is unfortunate that the number of election denunciations before and after the election process is many times higher than in 2017. This happened due to the lack of investigation of the files of Dibra and Shijak, but also due to the challenge that has been made publicly to repeat the Dibra earthquake in Vlora, all of Albania.

I have no concerns about the unconstitutional act of the one-party parliament. I look forward with great calm and patience to the completion of the complaints and to cooperate with the new majority, with the new opposition, in the new Parliament, in respect of the Constitution, for the restoration of accountability at all levels. "There are all possibilities for this to continue in the new Assembly" , said Meta.