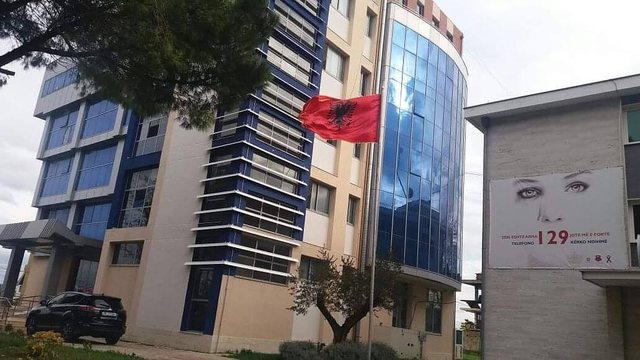 A 33-year-old man was wounded yesterday with a firearm in the village of Sulaj in Fier.

According to the police, the event has been uncovered and 3 of the perpetrators involved in this criminal event have been handcuffed, and the other co-author is declared wanted.

“ As a result of the information provided by the police, the rapid procedural investigative actions as well as the evidence provided in relation to this event, by the specialists for the Investigation of Serious Crimes in the Local Police Directorate of Fier, it was possible to capture and arrest in flagrante delicto of the suspected perpetrators of this event, citizens:

KM, 22 years old, born in Fier and resident in the village of Sulaj, (who was under house arrest "Home arrest").

MM, 48 years old, born in Fier and resident in the village of Sulaj.

He was declared wanted and work is underway to apprehend the citizen of the Republic of Macedonia, 44 years old, born in Fier and resident in the village of Sulaj.

These citizens in cooperation with each other, for weak motives, yesterday tried to kill with a pistol firearm the citizen PP, 33 years old, born in Tropoja and resident in the village of Sulaj, who is in the hospital of Fier under the care of doctors.

"As material evidence, a cartridge and a rifle were seized at the scene ", the police announces.

Procedural materials for further investigation were forwarded to the Prosecutor's Office at the Fier Court of First Instance for the criminal offenses "Premeditated murder committed in attempted cooperation", "Unlawful possession of a weapon" and "Removal of the convict from the place of residence".