Injured 5 people at the mosque in "Kavaja Street" / The prosecutor "saves" the aggressor from prison, reacts Imam Kalaja: Does it smell or does it seem to me? 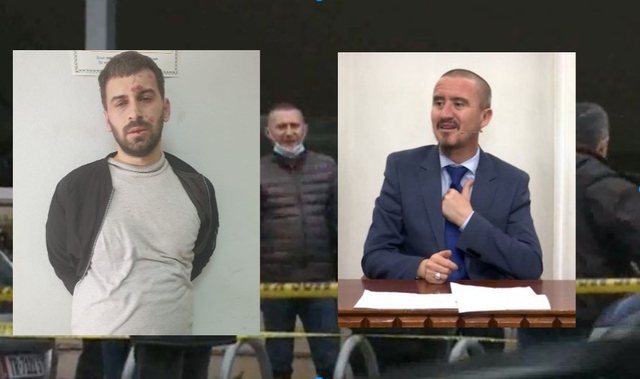 The Prosecution has closed the investigation for the attack on the "Dine Hoxha" mosque on Kavaja Street, where Rudol Nikolla attacked some believers with a knife, leaving the injured. The event took place in April this year during the holy month of Ramadan.

The prosecutor of the case, Hysni Mulaj, has come to the conclusion that the perpetrator cannot be sentenced to prison, as he has described him as mentally ill and has asked to undergo treatment.

The news was announced by the imam of this mosque, Ahmed Kalaj through a post on social networks, where he published some documents and described it as an unfair decision.

"We announce for all of you the closing of the investigation on the case of the injury that occurred in Ramadan. What is going on? Where do they aim? Neither trial nor summons of the injured ?? Could any of the prosecutor's relatives be the next victim ?! Does it smell or does it seem to me ???? ", writes Kalaja.

In the published document, the prosecutor of the case has issued the following findings:

The prosecutor then gives the case the reason why he can not give a prison sentence for this crime.

"Regarding the criminal responsibility for the commission of the criminal offense by the defendant Rudolf Nikollaj, because he has been found irresponsible before the law for the offense committed, and consequently can not be accused or punished for its commission, for For these reasons, we will address the Tirana Judicial District Court, this in support of articles 46 of the Criminal Code and 46 of K. Pr. Criminal request: For imposing a medical measure "Compulsory treatment in a medical institution" against the defendant Rudolf Nikollaj, according to article 46, point 2 of K, Criminal " , the document states, where the end of the investigation is announced.