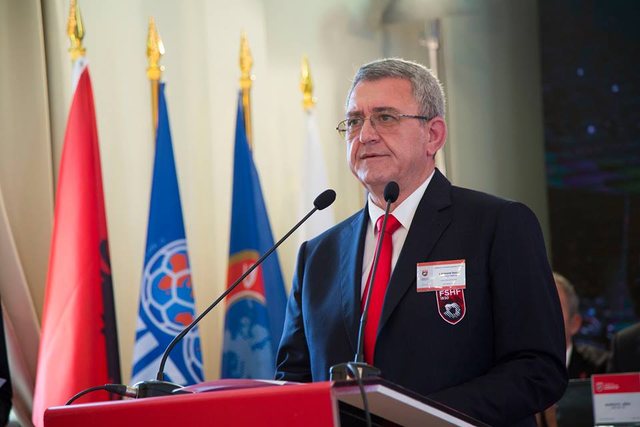 The Tirana Prosecutor's Office has launched an investigation into the head of the Albanian Football Federation (AFF), Armand Duka.

It is learned that the prosecution has launched investigations after being referred by the police, for the criminal offenses "Abuse of Duty" and "Theft by abusing duty".

The day before, the Municipality of Tirana announced that it would request a national and international investigation into the "corruption and 20-year violations" of the Duke at the head of the ALF.

According to sources close to the municipality, a file processed with data and charges against Duke, will be submitted to the FBI, DEA, NCA, Scotland Yard, SPAK, Tirana Prosecutor's Office, Economic Crime, Money Laundering Agency, AMA, Tax Investigation , AKU, as well as the American and British embassies in Tirana.

The indictment file includes: cases of match sales and related bets; money laundering investigation into foreign entities in Britain; expenses on luxury cars and assets of the Duke family.

The investigation also includes broadcasting rights, money laundering and illegal marketing contracts in football, by the companies owned by Duka: AIBA, SuperSport, EcoMarket, GoTech, Kantina Duka. These data are expected to be submitted for tax evasion to the Albanian agencies of Money Laundering, Economic Crime and Tax Investigation.

At the same time, the Duke's violations in the abuses with the Solidarity Funds provided by FIFA and UEFA, which did not go to the children's associations, will be investigated.