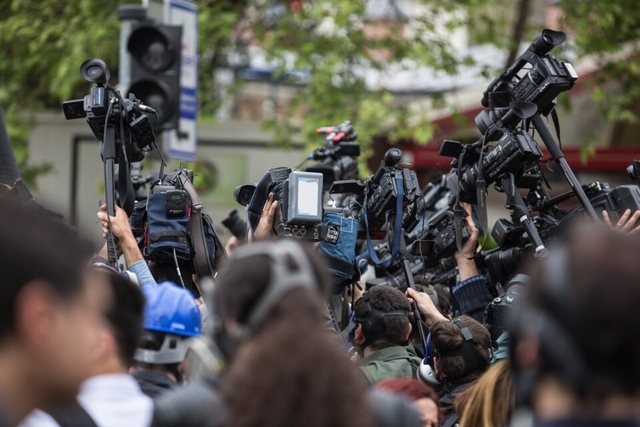 According to the recently published World Index of Freedom of the Press by Reporters Without Borders (RSF), Northern Macedonia and Montenegro made slight progress in media freedom in the Western Balkans compared to a year ago.

According to this year's results, Northern Macedonia is ranked better in the region. This country was ranked 57th in the world. Kosovo is 61st, followed by Montenegro in 63rd place, and Bosnia and Herzegovina in 67th. The worst results in the region were achieved by Serbia, which was ranked 79th in the world and Albania ranked 103rd.

The whole of the Western Balkans is in the category of "problematic" countries with press freedom. The results achieved by the countries are lower than last year, but paradoxically their ranking is higher.

However, as RSF warned, "in light of the new methodology, care must be taken when comparing the 2022 rankings and results with those of 2021."

Albania, Editorial Independence and Physical Integrity of Journalists at Risk

Compared to a year ago, when it reached a score of 69.41 and was ranked 83rd, Albania suffered a deterioration in the field of media freedom in 2022. With a score of 56.41, this country is ranked lowest in the Western Balkans region.

In addition to the editorial independence that is threatened through highly politicized institutions of media regulation and public media management, RSF estimates. He has been undermined by organized crime, the state's failure to provide protection and even police violence.

On the issue of supporting and respecting media autonomy and their role in holding government and politicians accountable, according to RSF, the situation is not good enough. Journalists critical of the government face regular political attacks aimed at discrediting them, and they have difficulty accessing public information, which threatens further restrictions from a recent centralization of government communication.

Most private media outlets are owned by companies that have some connections to politicians, and while there are hundreds of online media outlets in the country, only a small minority has a sustainable business model with transparent funding, RSF warned.