The three counties with the highest increase in fatalities in January-March 2022, only Kukes with a decrease 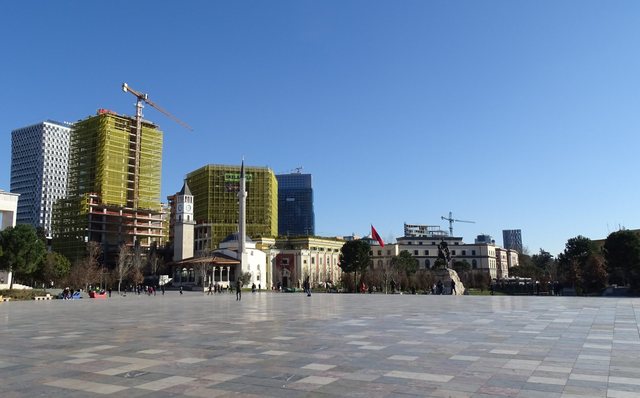 The counties of Lezha, Durres and Tirana were hardest hit by the pandemic in the first quarter of this year, with the highest additional mortality.

However this indicator was significantly lower than in the same period a year ago, when Covid-19 caused major loss of life.

According to INSTAT data, In Lezha, deaths increased by 36.6% compared to the 2016-2019 average, when the country was in a normal situation, marking the highest additional mortality at the national level.

Durrës ranks second, with an increase of 34%.

Third for the heaviest losses is the capital, with 32.4% more fatalities. In the same period a year ago, the capital recorded the largest increase in lives lost in the country, with almost 87% more compared to the corresponding average of 2016-2019.

Dibra and Kukes are the two counties where the consequences of the pandemic have almost disappeared. In Debar the additional mortality increased by only 0.3%. Kukes is the only region in the country that recorded a decrease in fatalities by 6.4% compared to the 2016-2019 average. (see graph: Rising deaths in IT).

Kukësi (2) and Tirana (2.2) have the lowest losses in relation to the population.

The pandemic is still killing, directly and indirectly

INSTAT reported that in January-March 2022, a total of 7,938 deaths were recorded in the country. Compared to the same period a year ago, when the pandemic peaked and the highest record death rate in Albanian history was recorded, the number is 22.3% lower.

But, compared to the average 2016-2019 of January-March, when the country was in the normal period, fatalities have increased by 25.3%, an indicator that the pandemic continues to kill, but also the consequences it has left on the population that has passed Covid-19, accelerating fatal cases.

Pulmonologist Petrit Malaj says that in the first quarter of 2022 there was a wave of Covid in the country, which is a fact that has caused an increase in additional deaths. Meanwhile, he claims that Covid-19 has increased the burden of disease in the country, accelerating the loss of life of people who have passed it before.

In total, since April 2020, when the pandemic started, there have been 16.2 thousand additional deaths in the country, compared to the average of 2016-2019, when it was a normal period, according to INSTAT data./Monitor