He was detained yesterday for cannabis in Elbasan, Azem Hajdari's youngest son is arrested 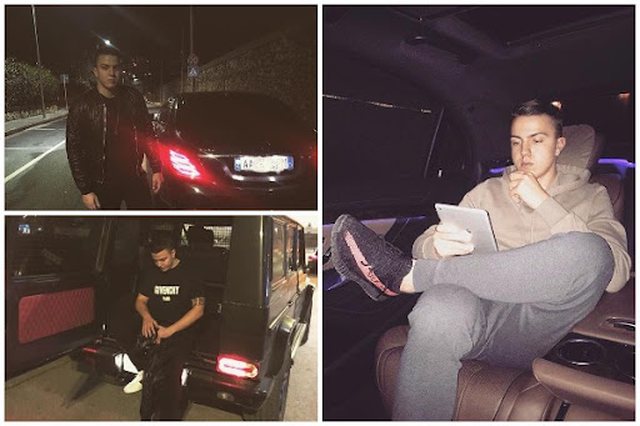 23-year-old Azem Hajdari was detained yesterday by the Elbasan police after 5 doses of cannabis were found by the police after a routine check on the car in which he was traveling.

The friend of 23-year-old Azem Hajdari, Ergi Gjumsi, 21 years old, the driver of the 'Audi' type vehicle, also ended up in handcuffs.

Specialists for the Investigation of Narcotics and Illegal Trafficking in DVP Elbasan, arrested in flagrante delicto the citizens:

AH, 23 years old, and E.Gj., 21 years old, resident in Tirana, because in the road axis Elbasan-Metallurgy, during the control of the vehicle type "Audi", with which the Police services were circulating, they found a small amount of narcotics suspected cannabis sativa.

Narcotics, two mobile phones and a vehicle were seized as material evidence.

The investigative materials were forwarded to the Prosecutor's Office at the Court of First Instance in Elbasan, for further action.