Balli Kombëtar's list for the April 25 elections is revealed, Alimadhi: Who gets one more vote wins the mandate 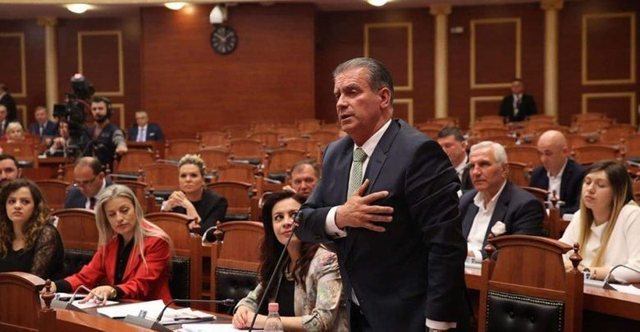 Balli Kombëtar is the next party that has made public its candidates for MP for the central elections of April 25. This was announced by the head of this political force, Adriatik Alimadhi through a post on social networks.

This list is not final, as Alimadhi invites every ballist and every family that has had historical ties to the National Ball to join. Balli Kombëtar seems to be competing with open lists, because according to what Alimadhi declares, the one who gets the most votes gets the mandate and not the one who is at the top of the list.

Dear members, dear supporters of the Balli Kombëtar party, dear friends of this site, this is the list of candidates for deputy in the general parliamentary elections of April 25, 2021, Tirana Region.

Let me know according to the decision of the presidency that the lists are open and whoever gets one more vote wins the mandate.

I invite every Ballist and every family that has had a historical connection with the National Ball to join this non-final list in the definition.

You are welcome until the legal deadline for submitting your request

Time for the National Ball.