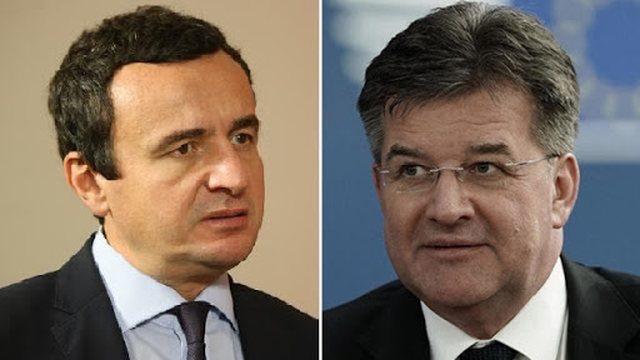 The leader of Vetëvendosje Movement, Albin Kurti has revealed details from the meeting he had with the EU mediator for the Kosovo-Serbia dialogue, Miroslav Lajçak.

"He informed me about the dialogue process in general. "I explained once again that we have won this election with our program focusing on justice and employment, that we are in the conditions of the COVID-19 pandemic, and that we are not against dialogue, but we want it principled and well prepared." Kurti said, implying that dialogue continues to be the fourth priority of his government.

"It can not be the first or second priority, because it is justice and employment. I do not deny the importance of dialogue - also for the EU, Kosovo and Serbia and the region, but the most important thing is that this dialogue is well prepared. To be a sincere dialogue in which we are not under the pressure of time, but we are committed to substance ", he said