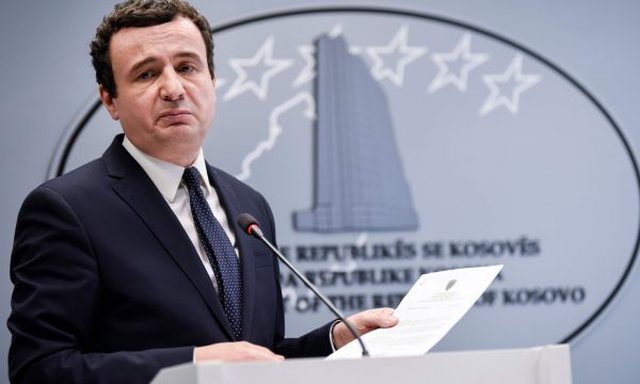 The Government of Kosovo has rejected the American project for natural gas.

The media in Kosovo write that the Kurti government has informed the US government that it is finally rejecting the investment project that would connect Kosovo with a gas pipeline.

Meanwhile, the Express newspaper has learned that Albin Kurti has set conditions that could not be realized.

The US Gas Infrastructure Construction Project has been discussed between the Kosovo government and the US Millennium Challenge Corporation (MCC), for which the MCC has provided approximately $ 200 million.

Meanwhile, today the Minister of Economy, Artane Rizvanolli in a press conference said how the government needs time to decide on the American gas project as the total financial cost is not known.

" In particular, there are some issues that require clarification, such as finances, and to know what the total cost would be, who would finance them, who would build the power plant, and it was said that it would be built in partnership. public-private. We would also have to take out large loans to complete the project, which would be repaid by customers. Decisions will not be made without knowing how much it will cost and without knowing what will be the price that the consumer will pay for energy " , said Minister Rizvanolli.

President Biden's administration in 2021 had also included Kosovo in the budget of the federal agency MCC, where it was foreseen that Kosovo would receive $ 200 million non-refundable to build the gas pipeline towards Northern Macedonia and Greece, where it would then be connected to the network. TAP (Trans-Adriatic Pipeline) or other sources.