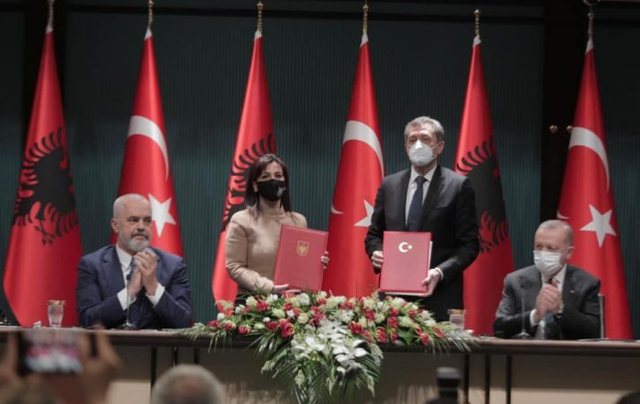 Photo from the signing of the agreement on January 6

Albania has expanded cooperation with Turkey in the field of education.

In the Official Gazette is published the agreement signed between the two countries which provides for the strengthening of cooperation between the respective institutions of both countries in the field of education.

The agreement was signed on January 6th this year in Turkey between Minister of Education, Sports and Youth Evis Kushi and Turkish counterpart Ziya Selcuk in Ankara in three languages.

The agreement that remains in force for a period of 5 years will promote cooperation between the two countries for exchange of experiences, training, courses and twinning. It is also envisaged to encourage the introduction of the Turkish language in Albanian schools and vice versa.

Referring to the agreement, the two countries will cooperate in the exchange of pupils and students, offering mutual scholarships; for Albanian students in Turkey and for Turkish students in Albania. The same practice will be followed with the teaching staff. The agreement also stipulates that the parties will encourage the teaching and learning of the other party's official language, as well as the other party's literature and culture, within their education system.

The agreement will serve the exchange of experiences in the field of higher education, secondary education, special education, vocational and technical education, as well as teacher training and teacher qualification, organization of training programs, implementing joint projects; 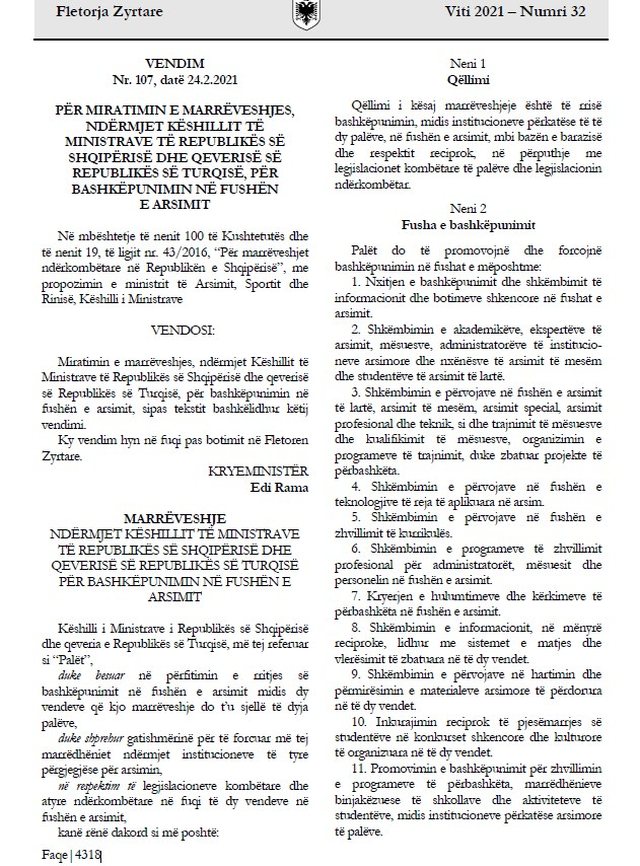 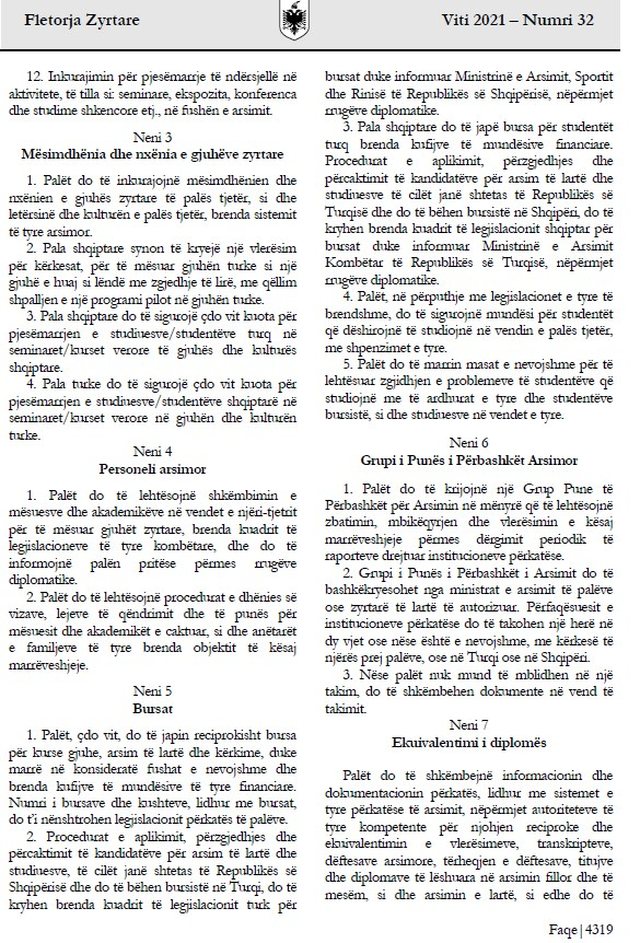 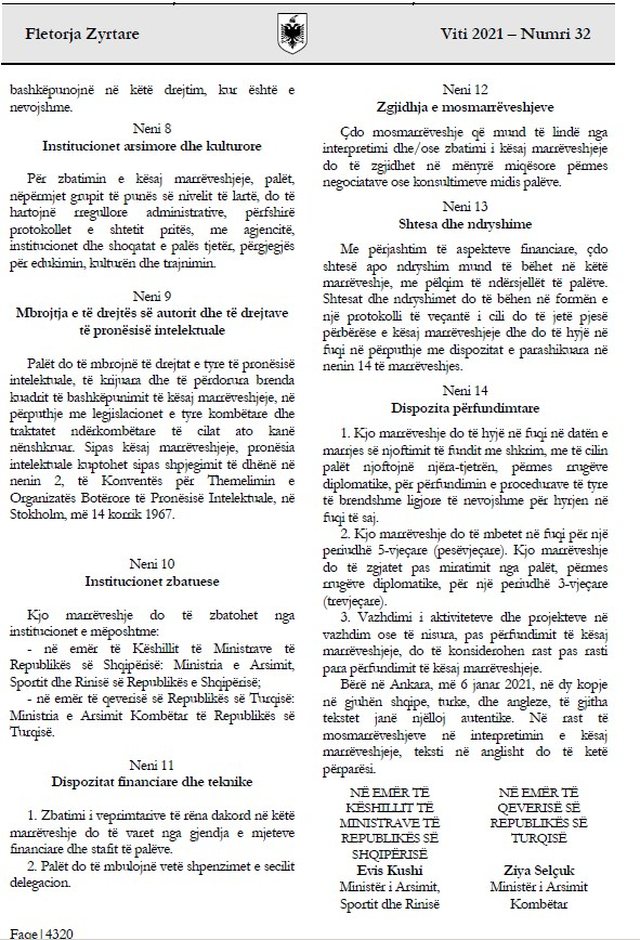