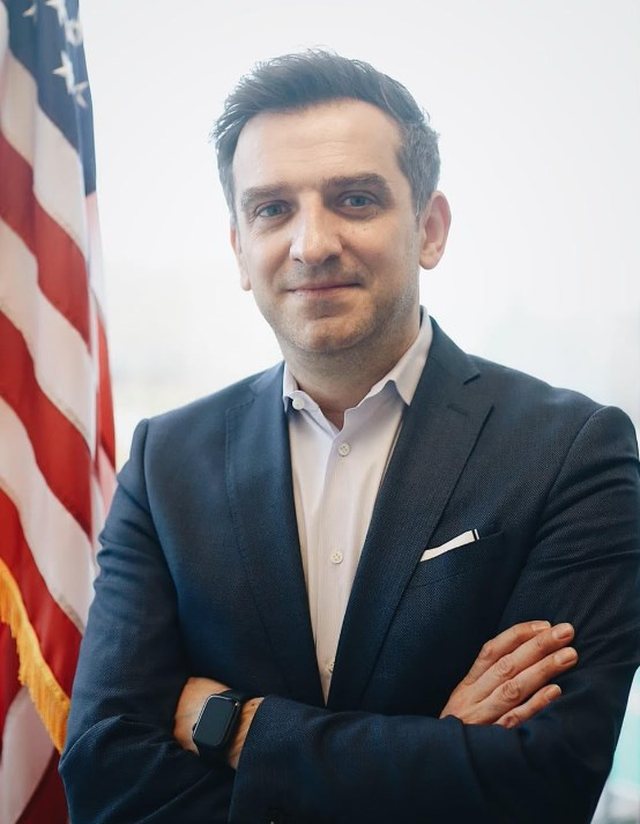 Eric Schmidt was the famous CEO who made the company Google to be the great giant of modern technology. Under his leadership, Google forever transformed the way we search for information online.

Today, after a long career in technology and business, Dr. Schmidt has cast his gaze elsewhere. He was inspired by billionaire Nelson Rockefeller who, in the wake of fears of a nuclear war between the US and the Soviet Union, founded the Rockefeller Special Studies Project (SSP) in 1956. With the help of renowned Harvard University scholar of the time, Henry Kissinger, he brought to the project, the best strategists and the deepest connoisseurs of international relations, military science, and nuclear specialists. The work of this project was crucial in defining American foreign and security policy during the Cold War.

In our time, when the future of the world will be determined by victory in the competition for artificial intelligence and other new modern technologies, Dr. Schmidt has decided to do something similar. He has created the Special Studies Special Project (SCSO) that will recommend the crucial long-term strategies and policies of the United States in this regard.

To lead this visionary initiative, the former Google boss has chosen the Albanian-American expert Ylli Bajraktari who has worked in the two administrations of Presidents Barack Obama and Donald Trump and has recently been a key figure in the office of the National Security Adviser to the General. HR McMaster.

His story and that of his brother, Ylber Bajraktari, as war immigrants who rose through the ranks of the US administration has become known in many national newspapers.

"I am honored by this incredible opportunity to lead the Project," said Bajraktari, CEO. " I believe that this non-partisan group will pave a critical way forward for our country to defend its global leadership position in the key technologies that will shape our future."

As of now, Dr. Eric Schmidt has convened a Board of Directors with well-known figures from both major American political parties: Robert Work, former Deputy Secretary of Defense and co-chair of the National Security Committee on Artificial Intelligence; Nadia Schadlow, former Deputy National Security Advisor for Strategy; Michèle Flournoy, former Undersecretary of Defense for Policy; and William McClellan "Mac" Thornberry, a former congressman and chairman of the Armed Services Committee in the US House of Representatives.

Even 97-year-old Henry Kissinger, one of the most prominent thinkers of international and world developments, has welcomed the creation of this project. He has more critics today than admirers, due to the debates about when he entered politics as National Security Adviser and then Secretary of State for Presidents Richard Nixon and Gerald Ford as well as in recent decades where he served as an advisor, lobbyist, and advocate for regimes, figures, often undemocratic, not to mention dictatorial or anti-Western, etc. However, his views and books in the international arena have not lost their curiosity and popularity.

"Today we are in a similar historical moment," says Kissinger, recalling the time when at the height of the Cold War he formed a partnership with Republican Nelson Rockefeller. "We need deep analysis and urgent action, otherwise our fate will be determined by others. "I am very pleased that Eric decided to lead this initiative to help our country understand where technological trends are leading us and to determine the actions our leaders must take to safeguard a peaceful and democratic future."

Eric Schmidt himself spoke of his beginnings in computer science, recalling that the federal government had funded computer studies, including his work as a graduate student in the 1970s and 1980s.

He sees this new commitment as a debt repayment owed to the US government and the United States. Five years ago he was invited to serve on the Defense Innovation Board at the Department of Defense, and three years ago Congress put him in charge of the National Security Committee on Artificial Intelligence.

No American Albanian has ever been in such a key and important position in history. We are proud of figures like Ferid Muradi, Wilson Kokalari, etc., but in the field of public service, especially in a field that can determine the future of the American nation, there has not been such a large Albanian figure. Certainly not at such a young age and not so connected with the Albanian roots and product of our recent national history.

Given the great importance of American foreign policy for the fate of our nation, this powerful position of Ylli Bajraktari takes on even more importance. This rapid success in the highest spheres of major American decisions really makes you think that this young Albanian-American will leave important traces in history.

The new decision for hand luggage on the plane

Prençi discloses details about the December 6 protest: It will be peaceful. The police should avoid provocations

View from the scene A serious event was recorded on Wednesday afternoon in Kosovo. A pregnant woman is suspected to have died in the yard of the University...

The murder of Briken Sanaj about a month ago in 'Kodra e Diellit' in Tirana is revealed. The police have announced the search for the suspected author of the...