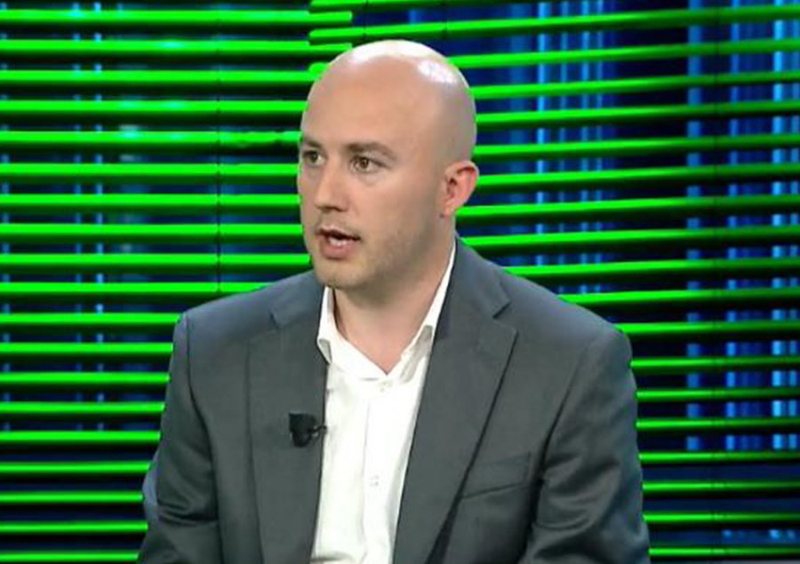 Albania has been waiting for several years now for the first intergovernmental conference with the European Commission, which would mark the official start of negotiations with the European Union. Prime Minister Rama from Ukraine stated again that he does not believe that the talks will start this summer either, at the EU summit on June 23. According to him, the reason continues to be Bulgaria's veto on Northern Macedonia. In recent years, the reasons for not starting the talks have been various, from the internal ones in Albania to the internal ones in Northern Macedonia, with which Albania is surprisingly attached by the European Commission on the road to the EU, to Bulgaria's veto on Macedonia. of the North.

The wait for the start of talks is in the wake of the procrastination of the entire Western Balkans integration process, which has already entered its third decade without yet a sign of when it can end. The prospect of membership in the European Union has been perhaps the most powerful impetus for the political, social and economic transformation of the region following the eventual disintegration of the former Yugoslavia. All countries in the region entered a major process of comprehensive change and approximation with the European Union. On the other hand, the blurring of this perspective has the opposite effect, where in many countries the democratic process has stalled or may have turned back, as in the case of Serbia, where media and administrative control in the service of Aleksandar Vuçi pushtet's government is unprecedented in the region. .

The states of the region began to reform their public administrations, justice systems, their internal markets, and to resume regional cooperation forgotten because of the wars of the 1990s. The consequence of this major process is the fact that today the region is closer to the ideals on which the European Union is built than to the past of the 90s and the possibility of a setback for the region seems almost unbelievable.

But the decline of rapid EU membership in recent years has led the countries of the region, including Albania, to reach an almost stagnant point in terms of continuing reforms and aligning with European Union standards. Power has become more concentrated in one hand or a few hands, the media have become less free and seized by political and financial powers, people themselves have found integration by migrating en masse to European Union countries while '' actors '' others like Russia, China and Turkey have increased their presence in the region.

In the case of Albania, the enthusiasm for EU membership has already waned as it is understood that this will not happen soon and that membership is not a sign of a higher income level or a more democratic and institutional state, as the cases of Bulgaria and Romania which still have basic problems with corruption and the rule of law 15 years after EU membership, while also their standard of living is still at the bottom of EU countries; while cases like Poland and Hungary show that even within the EU states can take steps backwards towards democracy and the rule of law. In this perspective, the ideals of economic development, democracy and the rule of law that excited Albanians on the road to the EU have already faded.

Albania still has major problems with high-level corruption, with the dysfunction and extreme politicization of the state administration despite multiple efforts in at least the last 15 years to reform and depoliticize it, still having problems with the organization of elections. free and fair despite three decades of OSCE-ODIHR recommendations for free and fair elections.

Another important and harmful effect is on the ruling party itself. The Socialist Party turns 9 years in power this September and is expected to be there at least until September 2025, if not Edi Rama manages to make history again and win for the fourth time in a row. A party that wins and especially a party that wins as much and as deeply as the SP of the last 9 years, does not have much incentive to change. A depoliticized administration would mean the loss of a very valuable power in the event of elections, completely free and fair elections would probably not have the same result for the ruling party, the full fight against high-level corruption would remove them party a significant portion of revenue, business connections and opportunities to use it in the campaign.

On the economic side, the procrastination of the integration process removes the impetus to create a truly free market and free competition as one of the Copenhagen criteria. The market in Albania in recent years has become more and more monopolized by a handful of companies which, significantly assisted by state concessions and tenders, are taking over more and more parts of the Albanian economy, destroying free competition. and the possibility of significant foreign investment. From an open market it is turning into a closed market.

In foreign policy, the further delay of the process gives space to other "actors" in the region. Even before the initial war in Ukraine, Albania had minimal political and economic relations with Russia, so Russia has never been one of those alternative external "actors" to the EU. Meanwhile, relations with China have lost the enthusiasm of a few years ago, becoming today almost a courtesy relationship, while there is no more talk of significant Chinese investments in Albania. On the contrary, it seems that the goal is to remove those Chinese investments that have remained in Albania, such as the oil concession. On the other hand, the third important "actor" in the Balkans, Turkey, despite Russia and China, has increased its presence in Albania.

These developments may create the impression in public opinion that Turkey is more helpful, more important than the European Union. While Turkey in public opinion is associated with the unstinting help it gives in any case, the European Union is associated with the procrastination of the integration process, with the occasional vetoes of France or the Netherlands. Continued in surveys conducted in recent years by the Albanian Institute for International Studies, Turkey ranks among the United States for the positivity with which its presence is seen in Albania, although the entire Albanian historiography of the last century is built on anti-Ottomanism as a factor fundamental of Albania's historical backwardness.

In conclusion, the multiple effects of the delay in the integration process and the non-initiation of negotiations affect almost every sphere of political, economic, social and international life of Albania. The summed effect of all the above is shown in the high emigration from Albania to the countries of the European Union. After thirty years of waiting, people have taken over integration by asking the EU countries what the EU has promised and promises to create in Albania precisely through the process of integration and approximation with the EU.

* This article is part of the Project "Media and European Integration", of the Albanian Media Institute, in the framework of the Transition Promotion Program of the Czech Republic