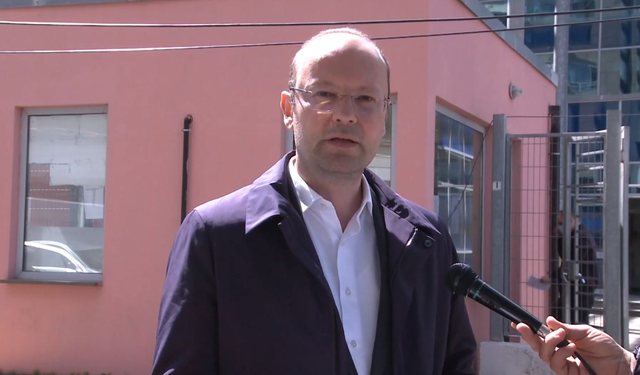 This criminal report is for the case of 110 million euros lost in the trial with the Italian businessman Francesco Beccheti.

After submitting the lawsuit, the secretary for election affairs in the Democratic Party, Ivi Kaso, told the media that whoever intentionally caused harm to Albanians, must be brought to justice.

"For this reason, today we submitted to SPAK the report against key persons who are forcing Albanians to pay 110 million euros. From all the review we have done of the international arbitration file, Albania was lost in the trial with Bechetti, because that was how it was "The prime minister behaved like a mafia gang to attack a businessman who was cutting his work, to help another business, with which he shares profits ," Kaso said.

According to him, this is one of Rama's failures, while he stressed that SPAK must prove to Albanians that the investment made for justice reform.

"Albanians do not have to pay for the mafia and corrupt affairs of Edi Rama, Engjëll Agaç or Erion Veliaj. They will pay with their own assets. This will be made possible by the Democratic Party in the first days after the April 25 vote of confidence.

"Whoever is responsible for the 110 million euro bill, from Edi Rama, Erion Veliaj, Engjëll Agaçi, the State Advocacy and whoever it is, will not only go to justice, but will pay 110 million euros in damages with their property" , said Kaso.