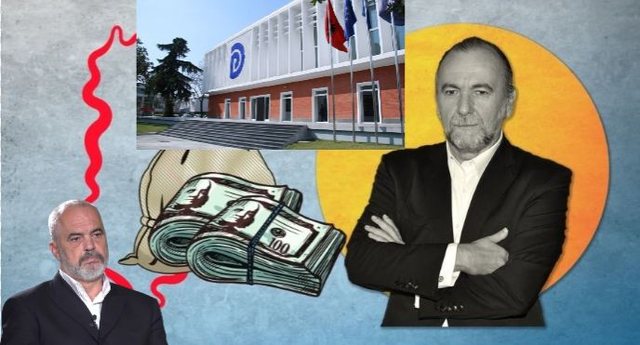 The Democratic Party has submitted to the Constitutional Court the request for the abrogation of the decision of the Assembly on the case "Bechetti".

The Assembly voted against the DP proposal for the establishment of the Commission of Inquiry on this issue on the grounds that it is contrary to the interests of the Albanian state.

As announced, the request was filed this Monday morning. The Secretary General of the blue headquarters, Gazmend Bardhi told reporters that the DP does not withdraw from this issue, while emphasizing the lawsuit he has filed with the SPAK.

Barshi added that for the issue of incinerators the majority has asked for a week, indicating that the decision will be taken on Thursday.

"DP has filed a report in SPAK for those responsible for this affair. It is a parliamentary investigation, for the administrative responsibility of officials. Since April when the facts were filed we have submitted a report to SPAK. And we have submitted a request for an investigative commission. S ' "There have been other talks about the incinerators and they have asked for 1 week. The decision is expected on Thursday. We want the incinerators affair to be investigated and not to create a working group , " he said.

We recall that the Italian entrepreneur won in arbitration the lawsuit against the Albanian state for the decision to close his business in our country, benefiting a reward of over 100 million euros.

Democrat leader Lulzim Basha has previously stated that there is information that Prime Minister Edi Rama has ordered not to vote in favor of the investigation into the "Bechetti" case. He added that in cooperation with the international community he will go to the end of this issue, which he considers a terrible affair.

The DP has demanded the establishment of a Commission of Inquiry to investigate incinerator contracts and some issues related to the April 25 elections, which it considers an "election massacre".