Tomor Aliztoi blocks the van of the municipality in Berat: Filled with state reserve aid, there are also ID cards inside 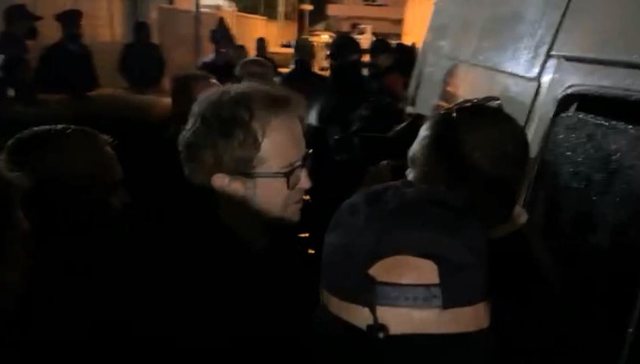 The PD candidate for deputy in Berat, Tomor Alizoti together with PD supporters have blocked a van a few meters away from the municipality.

According to Alizot, the van is filled with aid from state reserves, to be distributed in some neighborhoods of the city for the campaign.

"B renda has ID cards and goods from state reserves. The van was seized at 9 a.m. while distributing aid. The police are not bringing the court officer to check, they will accompany him to the driver who is inside.

They are suspected of having ID cards, they can hide them, distribute aid and hide our tracks. Police guard the van and the messages have been deleted. Joana Melëngu member of EAZ, president of region no. 2 of the SP in the middle of the night in a van with state reserve aid.

The van was filled in the town hall warehouses. Why does an EAZ member need to distribute aid? Why? The police do not take any action. No one will touch the vote of the Albanian Democrats. I want Albania to have a day of democracy, because this people is losing its soul. "This is an electoral crime and those responsible will face the law ," he said.