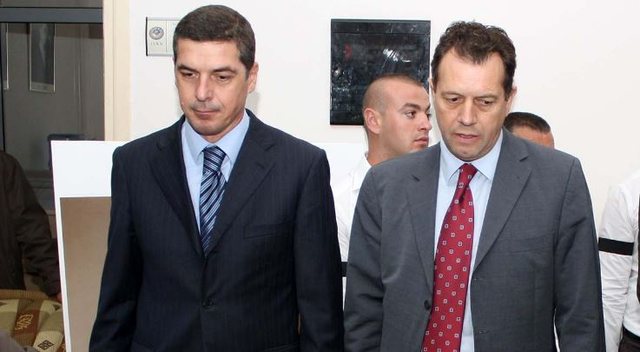 Two former PD deputies Aleksandër Biberaj and Gazment Oketën have lined up next to Sali Berisha and have confirmed that they will participate in the December 11 Assembly.

Speaking to A2 CNN, the two former MPs returned to the DP by the leader of the Democrats Lulzim Basha as members of the National Council, after the conflict with Berisha in 2012 (left the DP in the direction of the FRD created by Bamir Topi "have listed the reasons why they made this choice.

" You mentioned 4200, but according to the organizers there are over 5000 delegates who have signed. "I signed a few weeks ago, after following the will of the majority" , says Aleksandër Biberaj.

"I did not sign the form. "I will be there not as a supporter of Mr. Berisha, but as a representative of the Democratic Party, which respects the statute and institutions", said Oketa.

Regarding the possibility of Sali Berisha's return to the helm of the Democratic Party, the two former Democratic MPs are divided on different opinions.

"In the long run, Berisha's return would be a non-positive development , " says Oketa.

Lulzim Basha's resignation from the post of mayor is seen by Oketa and Biberaj as the best solution for the situation created in the DP, but they alone say that it is not enough.

"Staying at the helm of the DP for 8 years, not having positive results, should have made Basha reflect," says Biberaj.

" I am convinced that our unification and the beginning of the protests, from the 12th until the fall of this government, will be the best service we can do to Albania and the Albanians."

Gazment Oketa and Aleksandër Biberaj ask the PD deputies and decision-making structures to reflect on this situation where the Democrats are and not to think about personal interests, in order for this party not to be annihilated.