The well-known businessman from Kosovo buys ABC television in Tirana 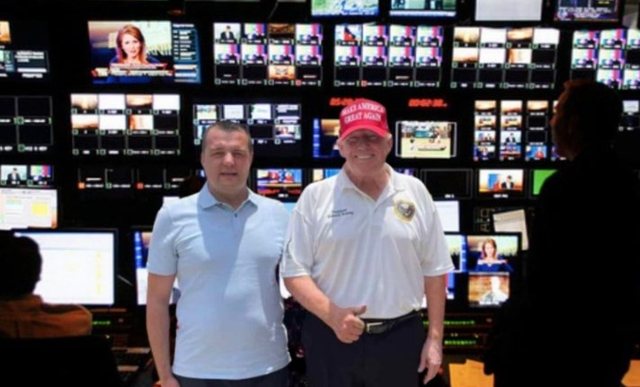 Big changes are being seen in the media market in Albania. In the state where Mr. Edi Rama governs, a television has already been owned by the company "Devolli Corporation". This Kosovar company, with an investment of several million, as Nacional's sources show, has bought ABC television with headquarters in Tirana.

The sources show that an official of the "Devolli" company has already stayed at the premises of ABC today, together with the current director of the television, Idaver Sherif.

However, ABC television with owner Klodian Allajbeun continues to own T7 television and Express newspaper.

Shkëlqim Devolli, a businessman from Peja, is one of the well-known names in the private sector in Kosovo.

He owns several companies, including a large Kosovar medium. More concretely, Mr. Devolli is the owner of Klan Kosova, a respected television station in Kosovo.

However, in addition to media investments, "Devolli Corporation" is also involved in several other business sectors. "Artmotion" is another well-known company of Shkëlqim Devolli, which has a large market in Kosovo in the field of cable network.

As I wrote some time ago, Shkëlqim Devolli also owns a customs terminal, which has a space of 21 thousand square meters.

However, perhaps his most famous company is "Comodita Home", of course after "Artmotion". "Comodita Home" is the leader in the production of mattresses in Kosovo. In fact, the latter has recently made an advertisement with the legend of Italian football, Mr. Totti.

"Comodita Home" is one of Devolli's companies that has exported the most this year, according to the statistics of the Statistics Agency of Kosovo.

Owned by Mr. Princ Cafe is also brilliant, one of the best-selling products of this type in Kosovo.

Otherwise, Shkëlqim Devolli has recently been seen active in America, where he met the former American president, Donald Trump, on a golf course.

It is not known if Mr. Devolli has played any golf games, but he has a photo as a souvenir from the meeting with former President Trump.

However, he has already scored a goal in the media field, buying "ABC Neës" television.

We remember that Shkelqim Devolli is the brother of Mr. Blerim Devollit, another wealthy businessman from Kosovo.