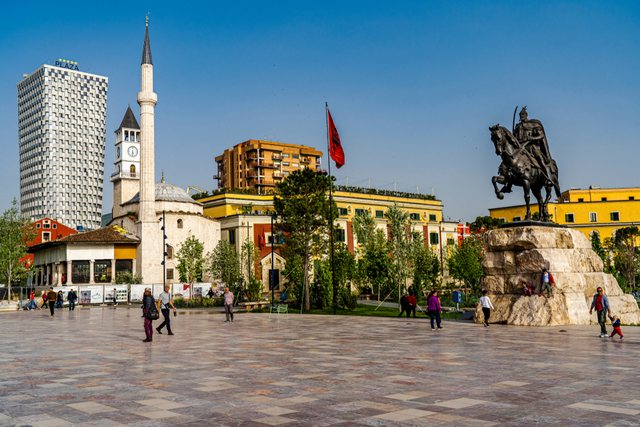 The strong demographic transition with declining births and high emigration is not sparing the capital either.

The latest INSTAT data show that in the 9th month of 2022, 6,306 babies were born in the district of Tirana with a 9 percent decrease compared to the same period in 2021. This number of births in Tirana is the lowest at least since 2011, when data on births by county began to be reported (see the graph at the bottom).

At the national level, the number of births has entered a downward trend since the first years of the transition from over 82 thousand in 1990 to about 27 thousand in 2021. But unlike other regions, the Capital has seen an increase in the number of births due to of the internal migration of the population from the districts to the center and the creation of new families from students in Tirana not returning to the districts.

The decrease in the number of births in the District of Tirana comes in the opposite trend with the population figures that, at least for the capital, are increasing year after year, although at lower rates.

According to the Immigration Survey, the population of the District of Tirana decreased by 13.7%, or by 102 thousand people during 2011-2019. Of these, 77,000 people have migrated grouped in families. The survey revealed that Tirana has the highest emigration of family units compared to other counties. During the period, 10.3% of the families of the district of Tirana emigrated. Also, the population of Tirana is under the pressure of declining births.

Although the Capital's population has slowed down, the supply of housing has been boosted by large construction flows in recent years. This development should theoretically put pressure on housing prices, but in reality the opposite is happening. According to the index of the Bank of Albania, housing prices in Tirana have increased by 40 percent only in the first 6 months of 2022.

The rapid increase in housing prices in Tirana has made the capital unattractive for young couples.

Some time ago real estate agencies claimed that young couples are not investing in Tirana to start a family. They prefer to stay on rent, until they prepare the infrastructure to emigrate.

Investments in housing construction in Tirana are growing rapidly, for all types, residences, hotels and shopping centers, but meanwhile prices have reached over 1000 euros per square meter even in the suburbs./ Monitor