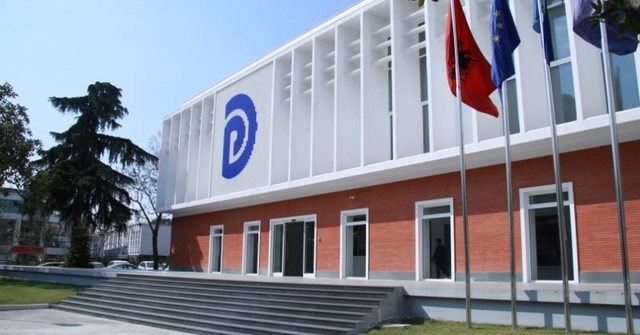 Former MP Astrit Veliaj has decided to leave active politics. He made the news himself through a post on social networks. He was a PD deputy, elected in the Berat area.

Veliaj says he will return to business entirely with the conviction that contributing to the economy is the best policy.

In the reaction, the former MP underlines the challenge that the country is facing, the mass departure of young people. It also shows how it has contributed through its own businesses to job creation and the economy.

"Today I want to share with you my decision to leave active politics. Order in two areas with different operating logic is not productive. I return entirely to business convinced that contributing to the economy is the best policy. After all, man must invest his mind and energy where he feels he can make a difference, bring about the change that society needs, and create a worthy model to follow.

Today we are facing a critical moment, the mass abandonment of the country by the youth and the best professionals. We all need to do something to stop this trend that affects our being as a society. As a person who has modestly created thousands of jobs and brought to Albania hundreds of foreign teachers to educate Albanian children, I believe we can do more for our homeland. With clear goals, bold ventures and internationally resonant projects, this country can become beloved not only by Albanians but also by Westerners.

It is important to build the place of competence, honesty, the model that values, promotes and supports the work of the best. We must become an inclusive nation, with a clear conscience and character that strives for excellence and as a united family works for the success of each and everyone together. A place that only works for some has no future.

In over 30 years in the business world I have built private institutions with public utility, I have tried to invest in historic cities where mass abandonment was felt, I have been involved in public activities without ever being tainted with state money and this has given me pleasure and some lessons jete. It was once said that the city forgives freedom.

Today freedom is forgiven by business and goods made honestly. It is not like sleeping after work raised with purity. This gives man happiness and the country release energy. I am convinced that we must choose this difficult path of the Albanian with integrity, of working with sacrifices, finding strength in the sphere of free enterprise, without ever getting his hands on public finances, without confusing the pure investment of Albanian business with work of corrupt tenders and concessions. This must become dominant in every field, especially in politics.

I believe that the future will be a heavier word of the civil and entrepreneurial world in running the country. Politics gets better when it incorporates the private mentality into modeling power and public space. The mindset of those who create jobs and increase national output is worth more than rhetoric that does not bring added value to the real economy.

It would have been more like politics having an experience in private investment, being inclined by results than by power games, being driven by the needs of the people than by the desire for excessive control of the country's life. "For this change in mentality, everyone in their profession must have an impact, to give people back the hope that this country can become like in the West" , writes the former MP.