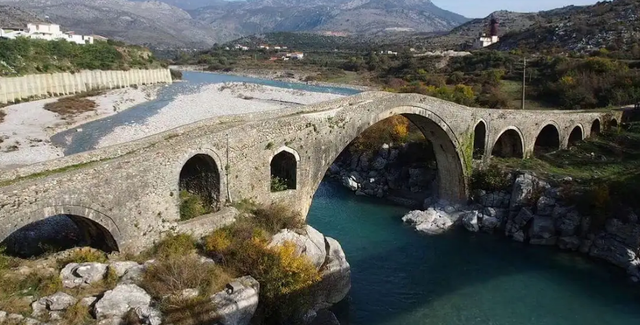 Albania has requested the financing of a project for bridges in the country from the World Bank in conditions where climate change and other natural disasters such as the 2019 earthquake have had a significant effect on these infrastructural works.

A recent document published by the World Bank shows that the evaluation of the project was done on November 15 of this year and that the decision of the Bank's Board is expected in March of next year. The loan in question is calculated at 55 million dollars and the project is known as "Construction of sustainable bridges".

This project consists of three components, the first being bridge infrastructure, the second building institutional capacities and the third project management. The borrower in this case will be the Republic of Albania, while the authority that will implement it is the Albanian Road.

"A number of bridges, about 30, have reached the end of their useful life and are a great danger and require major rehabilitation, improvements or reconstruction from scratch. While only a few of the recently constructed bridges are in fairly good condition, the rest are in extremely poor condition requiring either major upgrades or complete reconstruction.

Their design traffic volumes and/or carrying capacity have been reached, and expansion/doubling and/or structural strengthening is required to accommodate increased traffic volumes and load changes resulting from current and future growth that there is a place," the document says.

The same one calculates the damages caused to the infrastructure by the floods that recur from time to time in the country.

Thus, the damage from the 2002 floods exceeded 23 million dollars, while the 2010 floods in the Drin River resulted in at least 30 million dollars in damage. Floods pose a significant risk to the transport and trade network, with more than 85% of losses resulting from service disruptions.

"It has been estimated that the average annual losses from floods in two of the main corridors in the country (Tirana-Durres and Durres-Vlora) reach up to 15 million dollars.

Bridges and drainage along the main road network are estimated to suffer over $20 million in annual flood losses. Main roads face annual losses of €22.5 million from floods, landslides and earthquakes, while other critical infrastructure is also at risk," the Bank's summary said.

These findings, according to the document, confirm the urgency for interventions to increase the resilience of Albania's roads and bridges to climate change and natural disasters.

This, according to the WB, requires a detailed risk assessment, assessment of the physical condition of existing bridges, adjacent structures (access roads, retaining walls, gabions, etc.) and other structures or protection methods to stabilize the flow of rivers and embankments, and the resistance of their to the higher expected impacts of climate change and natural disasters./ Monitor

Investigations into Ndoja, the former prosecutor has been the 'target' of assassinations several times

US officials show how the association should and shouldn't have been

US official: The drone attack on the Iranian factory appears to have been carried out by Israel

The McGonigal scandal, the former minister tells why Rama does not resign: He knows what awaits him

Bosnian media releases the document: Vucic was banned from entering the EU after the war in Kosovo

Albanian couple has an accident in America, the pregnant woman dies

Former police chief: How the security cameras deconstructed the operations in Fushë-Kruje

The McGonigal, Kelliçi scandal: It turns out that Erion Veliaj is also involved

Scholz refuses to send planes to Ukraine: I will not allow NATO to get involved in the war

Erdogan does not back down/ Gives 'ok' to Finland, blocks Sweden's path to NATO membership

Expert: 1 million cameras deployed by criminal gangs across the country

The government postpones the deadline for the concession of fiscal stamps, businesses will continue to pay fees 10 times higher than the EU

Frost and fog, the weather forecast for today

After Berisha, Alibeaj also submits the list of members of CEAZ for the elections

Berisha publishes the message: Rama has been on an island for three days, being questioned by FBI investigators

The last session of the plenary session in the Assembly was accompanied by tension, exceptions and the approval of the agenda without the votes of the opposit...

The American journalist of the 'New York Post', Miranda Devine, has focused on the involvement of Prime Minister Edi Rama with the former FBI agent, Charles M...

Prime Minister Edi Rama has reappeared to the public today after several days of absence, since the revelation of the scandal of former FBI official Charles M...