Report for 2021 / From corruption, PPPs to properties, problems found by DASH; how the judiciary is manipulated 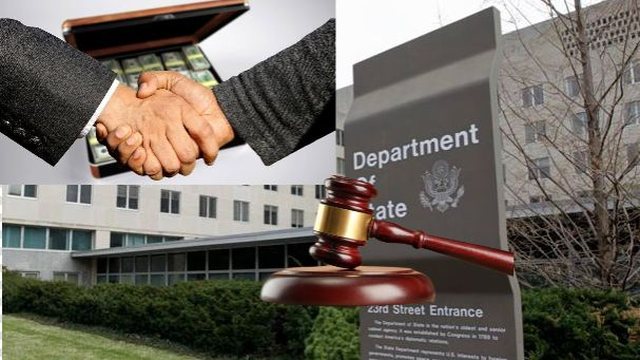 The US State Department has released a report on the business climate in Albania for 2021, which it considers difficult. Corruption, lack of transparency in public procurement, unfair competition, informality and frequent changes in fiscal legislation are the main concerns of businesses that are also reflected in the DASH report.

Another factor that hinders the good climate of doing business, the Department also identifies PPPs. The increasing use of public-private partnership contracts has reduced opportunities for competition, including from foreign investors, in infrastructure and other sectors.

This is stated in the report, while adding that poor cost-benefit analysis and lack of technical expertise in drafting and monitoring PPP contracts are ongoing concerns.

According to the DASH, American investors are challenged by corruption and the continuation of informal business practices. Several U.S. investors have faced controversial trade disputes with both public and private entities, including some that went to international arbitration.

The report takes as an example the experience of an American company that wanted to invest in Albania. According to the DASH, the company's investment was thwarted by several court decisions and dubious stakeholder actions involved in an investment dispute. Meanwhile already, the matter is in international arbitration.

The report states that in Albania there have been cases where individuals have manipulated the judicial system to obtain illegal land titles. Overlapping property titles is a serious and common issue, DASH adds.

The process of compensating for land confiscated by the former communist regime continues to be cumbersome, inefficient and inadequate, it said.

Regarding the level of corruption, DASH states that the country continues to have poor results in the areas of issuing construction permits, paying taxes, enforcing contracts, registering property, obtaining electricity and protecting minority investors.