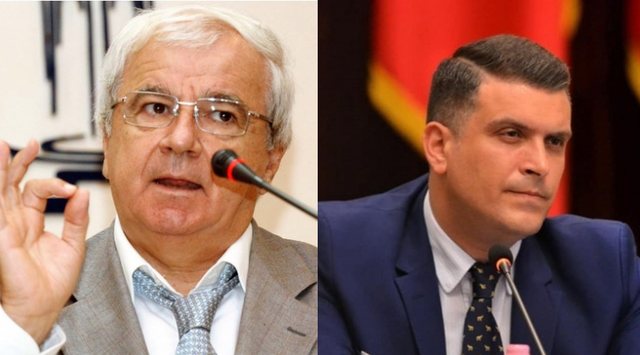 Lawyer Spartak Ngjela described the DASH assessment of the former head of KED, Ardian Dvorani, as a strong blow to American policy towards President Ilir Meta.

In a status on social networks, Ngjela writes that this assessment was a severe blow to all those who fought Dvorani, among them the head of state Meta.

"The US State Department today hit hard on the high state corruption in Tirana, giving special value to Judge Ardian Dvorani, as an anti-corruption figure in Albania and as an international model.

This was a severe blow to all those who fought Dvoran.

Ilir Meta fell completely inside with this issue. Dvorani was the only judge who did not vote for Meta's release in the Supreme Court on corruption charges, and now he receives American medals as a clear figure, internationally, for his fight against corruption.

But it was Meta who fired him as a judge.

The US State Department said today with a lot of meaning, that, that was the reign of the big corrupt in Tirana.

But, the issue of more importance in this case is the fact that the American policy resumed the anti-corruption process in Albania, hitting Ilir Meta with too much force.

What about the others?

In fact, meanwhile, the files are in the hands of SPAK.

But will SPAK act in these times?

Based on what we heard today, SPAK is understood to have started working with strong temp.

It was never worth an answer for Taku Çmendarak, a self-proclaimed "FBI lawyer", but for him and all his fellow state-slave slaves who killed Nako Spiru on behalf of Yugoslavia, for any prison spy who sold for a dissident, for every bloodthirsty, for every puppy-leech, for every ghost, for every flatter-eater and swearing for a fee, and for every dice of the Chief and the Oligarch, there is only one answer:

The referendum of April 25 is the day of division with your race, which for the interests of the enemies of the nation, seeks to take Albania hostage.

On April 25, 2021, Albania will belong to the Albanians and not to the oligarchs and the international mafia.