"The most important elections", ambassadors from Elbasan: To remove hate speech, we will be 40 teams on the ground 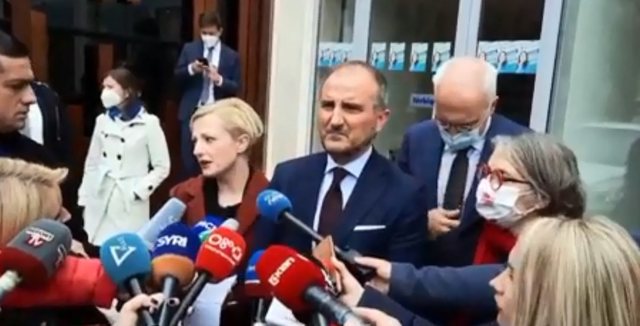 The chief diplomat of the European Union, Luigi Soreca, the ambassador of France, Elisabet Barsak and the German Peter Zingraf were in Elbasan, where they met with the political leaders in this region.

At the end, they gave a statement to journalists, emphasizing the importance of the April 25 elections.

They appealed to give up hate speech and focus on the programs offered by the parties. Soreca indicated that there will be 40 teams that will observe the elections, while adding that some of them will be in Elbasan.

He said that during the meetings with the political leaders, the sale-purchase of the vote was raised as a concern, emphasizing that it is a criminal offense.

"We want to see a campaign focused on the programs, the needs of the citizens, and not on the attacks and intimidation. We repeated this message to the leaders, we also heard their views.

What is really important is that the elections be transparent and fair. We heard concerns about vote buying, it is a criminal offense, provided by the Criminal Code.

We heard concerns about the sale of votes, remember, it is a criminal offense. We will be observing the elections, 40 teams, we will visit the polling stations in the elections. Some of us in Elbasan.

These elections are important in the first place for Albanians, but also for the EU, and the future of Albania in the EU. I wanted to add something, I think that removing hate speech would be another important thing ", said Soreca.