SP initiative for the second time, what are the legal steps that will be followed for the dismissal of Ilir Meta 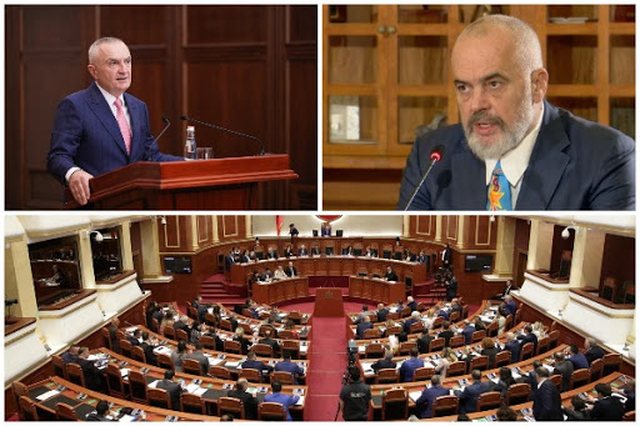 As Prime Minister Edi Rama had warned before the April 25 elections, the Socialist Party has concretized this Monday the initiative for the dismissal of the President of the Republic, Ilir Meta.

50 deputies of the Assembly have signed a request, which they have subsequently submitted to the address of the Speaker of the Assembly, Gramoz Ruçi for the dismissal of the head of state, as according to them he has committed violations of the Constitution, before and during the election campaign.

Meanwhile, also on May 3, the Conference of Presidents convened where it decided to hold plenary sessions on May 4, May 6, May 13 and May 20, 2021.

The procedures for Meta's dismissal come for the second time in the last two years. In July 2019, Parliament approved the establishment of a special commission to investigate President Meta's decree to cancel the 2019 Local Elections on June 30, but it was the Venice Commission, which in its opinion described Meta's decrees as "exceeding the constitutional powers, which did not constitute an act for his dismissal.

Even today, the Head of the Parliamentary Group of the Socialist Party, Taulant Balla, said that the first initiative for the dismissal of President Meta was not concluded in respect of the opinion of the Venice Commission.

After the review of the SP request in the Assembly, it will be passed to the Law Commission, from where the way will be opened for the establishment of the Special Commission of Inquiry, to verify if the suspicions remain.

President Meta is also scheduled to be summoned to the commission. After gathering the facts and evidence, a report is drafted which then passes to the parliamentary session where a qualified majority of 94 votes is needed, where it will be voted on whether or not to dismiss the head of state.

The vote is expected to take place after 3 months, when the members of the Commission of Inquiry will submit their report to Parliament.

"The Assembly has the right to exercise its duty until July 8. 60 days according to the Constitution. Until the law commission reviews the request ", said Balla after the meeting of the Conference of Presidents.

However, after these steps, the final verdict on the dismissal or not of President Meta will be given by the Constitutional Court.