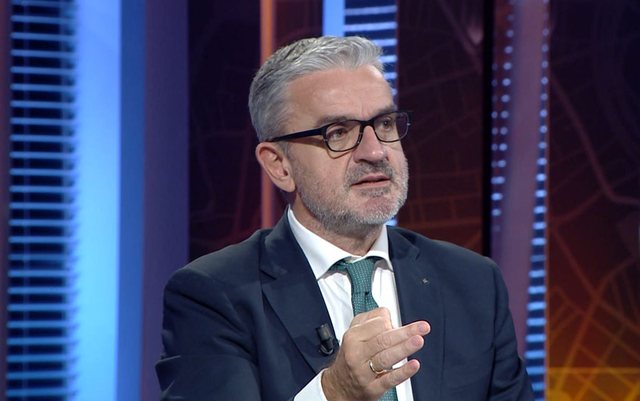 Prime Minister Edi Rama announced this Friday that the government has made the decision to postpone the entry into force of the 800kWh band for electricity.

Through a video on social networks, Rama clarified that in recent days there has been an improvement in the level in Fierza due to the rain, but also the beginning of the positive approach of family subscribers to save energy, influenced this decision of the government.

Unlike the prime minister, the experts have a different opinion regarding this withdrawal of the 'Rama' government.

Economy expert, Dritan Shano, in a reaction to Politiko.al , says that this whole situation gives the impression that we have returned to a state with the face of a sultanate.

"The Albanian state has taken on a very bad face. A face of the sultanate, from which Ismail Qemali declared independence in Vlora on November 28, 1912 ," says Shano.

According to him, only a week ago the Energy Regulatory Body changed the energy tariff for household consumers, quadrupling it for every kilowatt consumed over 800 kW, during the period October - December 2022, while making a balance of income that would guarantee the state if this decision was implemented.

"From this measure, this new tax, it was expected that within these 3 months, around 100 million Euros would be transferred from the pockets of Albanians to those of the public company OSSHE. The Energy Regulatory Body approved this measure through which 100 million Euros are taken from the Albanians because OSSHE filled his mind that there will be a crisis in energy supply and that Albania would be forced to import at international market prices. So above OSSHE's expectation, even though it is a very wet 3-month period in Albania, which produces 99.8% of energy from hydro sources, i.e. wet

The government has a good revenue period during 2022. He has money in his hands. Our money is that the government never has money of its own. There are about 300 million Euros of additional income in the budget so far, mainly due to inflation, the increase in prices, that is, a real tax such as inflation, which is not a natural phenomenon, but a government policy.

This money, not foreseen in the 2022 budget, can be used to amortize any future price increases in case the need arises to buy in the international market. Reserve Fund and Contingency can also be used for this purpose. The entire budget can be revised so as not to affect the well-being of Albanians. Noble goal or not? ", says Shano in Politiko.al.

Because ERE does not depend on the Government, not on any directorate of the Prime Minister's Office. That in a modern state the institutions are independent, precisely so that no one can do what they want, as if Albania were a sultanate. It does not appear to me that ERE has convened to annul its decision.

It does not appear to me that OSSHE has asked ERE to cancel or suspend the decision taken 1 week ago. It also does not seem to me that the Prime Minister is the spokesperson of ERE, nor of OSSHE. Maybe I'm wrong?!" , says Shano.

How to Manifest Anything You Want: Love, Money and Dreams

The initiative "abandoned" by the internationals, Rama continues to defend: the Open Balkans in accordance with the EU