Gledis Nano signs other changes in the State Police

Azem Hajdari was brave and dreamy, qualities that are missing today 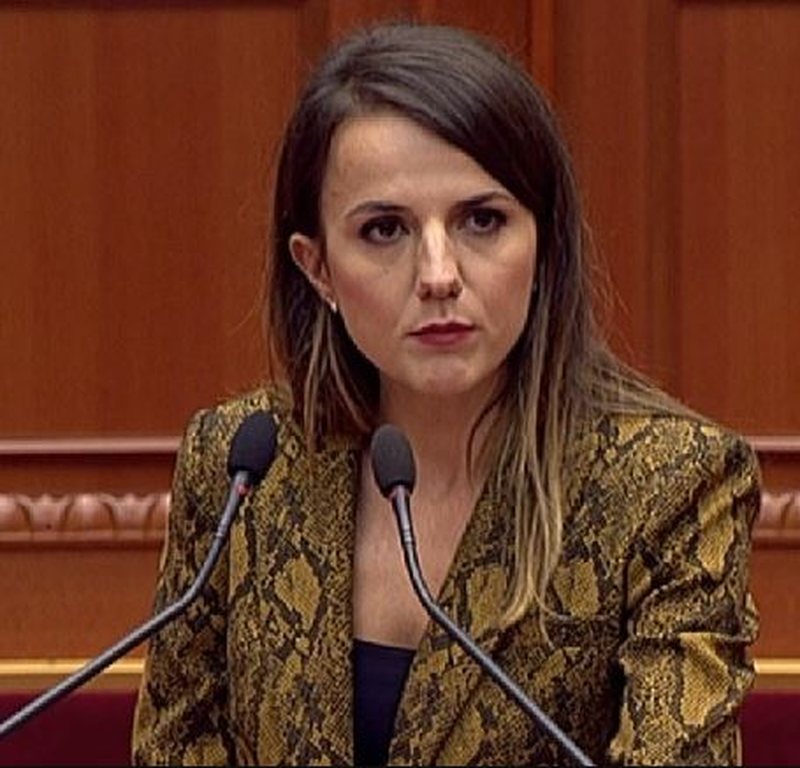 When Azem Hajdari left the PD building on the evening of September 12, 1998, he did not know he would not return. He did not even know that he would leave behind a void in the hearts of us, his family, but also in the whole history that followed the country. My father was not a normal man. Throughout my political journey in Albania, I have felt his strong presence even after 23 years. In the villages, they remembered him as their first and last MP, the only man who had taken care to bring water and infrastructure to where the government had forgotten for centuries. In the city, he is remembered as the man of the common people who fought with bureaucracy and injustice.

Azemi was a fighter, idealist, brave, and dreamer, qualities that we have not seen in the Albanian political scene. His dream was a free and democratic Albania, where people build their lives with confidence and without fear for the future of children. Unfortunately, this dream has not yet come true and today I want to talk a little about the reasons why this happened. Those who dragged the country on the path of endless political transition deliberately sabotaged democratic institutions and mechanisms with the aim of putting the state at the service of their personal and family interests. Thus, for 30 years, the state, the budget, the natural resources, etc., did not serve the general welfare, but the interests of only one group, which has been enriched beyond any imagination, while the Albanians, or have become impoverished,

When you see them today complaining about the lack of democracy within their parties, it makes you laugh and cry at the same time. Laugh because they are the perfect victims of their creatures and cry about the level of hypocrisy they display. The Albanian state has been so badly damaged by those who led it for these 30 years, they have distorted the democratic mechanisms so much, they have put all the resources of the country in control, so much so that society today is unable to self-correct and they definitely need help. of allies like the US, who have to use the heavyweight of reputation and their penal mechanisms in the battle to build a true Albanian state.

If political parties were built on the democratic principle and functioned as such, the debate in Albania would be very healthy. Today we would not talk about individuals, but about issues. We would not discuss the fate of political families that have robbed the country for 30 years, but the fate of simple Albanian families. For example, today, instead of debating the level of food that would be deprived of a political family because of a decision made by the US, the debate should go towards the damage done to hundreds of thousands of families in need of growth suddenly and arbitrary price of bread. The Prime Minister, instead of collecting the letters of the political theater in the Parliament,

Well, like this case there are thousands. In fact, we have spent 30 years not debating the country, the children, the youth, the Albanian families, but only the fate of 3-4 political families, which have managed to set up a closed system, which does not differ much from the monistic system in how it functions. If then you were interned or imprisoned when you did not think of the party line, today you are publicly expelled and lynched. If then they shot physically, today they shoot politically and economically.

Albania will emerge from this situation when the majority of Albanians realize that prosperity and development do not come from a strong leader, but from a just system and strong institutions, which guarantee democracy, freedom, and equality. When they start to no longer support parties and individuals because the food of the day depends on them, but to support the vision of building a system that will guarantee them well-being for life. When they decide not to fight simply for survival, but to build a secure future. Leaders come and go, the system and institutions remain and resist time. If Azem were among us today, he would fight for just that. In fact, his energy and courage would surely have changed the course of history.

Gledis Nano signs other changes in the State Police

The four most intelligent horoscope signs