Why is Rama attacking Basha, Kryemadhi and Meta so badly 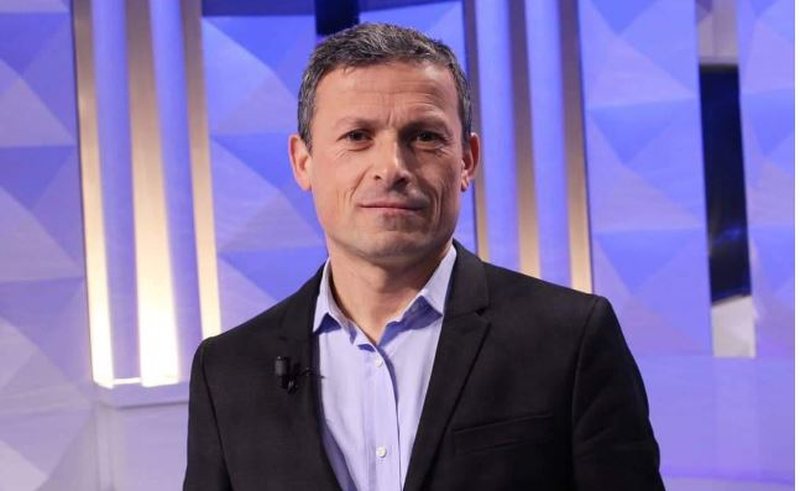 Although he has tried in an unparalleled way since the 1990s to appear as a knowledgeable and cultured man, Edi Rama has always been a man of banality, vulgarity, perversion, plagiarism, superficial knowledge.

Although a huge effort in the media has tried in these decades to present him as a thin man, as a refined artist, as a man of ideas or discussions on ideas and history, Edi Rama has been and is just a repeater of jokes from movies, the copyist of various authors, a man who takes pleasure in mocking and insulting others, promoter of the low, the unworthy and the immoral.

This approach of his recently, he has taken to extreme levels, unheard of before. Rama is vulgarly attacking the opposition leader, Lulzim Basha, the entire opposition, critics, President Meta, etc. When PD and Basha presented a few days ago a plan, through which the crisis of the coronavirus epidemic had to be faced, Rama said that ".. the one you call a candidate for Prime Minister, is a tried watermelon, is inedible… ". This banal metaphor was later used by Taulant Balla and Elisa Spiropali.

Erion Veliaj took this banal metaphor even further. Erion started accusing Lulzim Basha, talking nonsense. He said that Lulzim Basha has benefited from four houses, that during the pandemic he became rich. Rama himself had previously said that "those of the opposition is fine that their wealth is increased".

A few days ago, Rama was in Baldushk in the company of Arben Ahmetaj and Erion Veliaj. He said, as he gave the keys to the house built by the earthquake to a family, that "he was worried about people's houses, while those in opposition were worried about their villas". And to think that he said this in the presence of Ahmetaj and Veliaj. Veliaj continued to attack Basha every day.

Spiropali and Balla as well, but with slightly lower tones. Veliaj, for example, says that "ha Basha left the cause of the ring road on the street". So, ostensibly, Veliaj once wanted Basha to bring the cause to an end and hinder Veliaj.

True madness! The culmination of this behavior with swearing, slander, banality reached a few days ago in the SP assembly. Prime Minister Rama spoke for two hours and for two hours cursing President Meta. He said that Meta gives decorations for votes, that Meta is making fun of the heroes, that Meta has ridden at the expense of Albanians, that Meta leads the SMI, that Meta wants to lead the opposition, that he must solve the problem with Monica and Luli etc., etc.

Erion Veliaj repeated this banality trench the next day. This trench was repeated not so much by comma points Taulant Balla and Elisa Spiropali. What is all this and why does it happen? Edi Rama, that Rama in love with the vulgar, that Rama strongly connected with the banal, that Rama in whose veins perverted and ignorant live, mockery and insult has already entered a final phase of his political power.

That being so, he will, naturally, display all of his nature and do everything he can to keep himself hopeful that a new term at the helm of government is possible. These are the irrational hopes of desperate people who, after severe eight-year failures, do not have the strength to realize that time is over.

The aim is for people not to analyze what Rama and the government have done, for people not to change their minds about the truths they hear, but to behave like blind beings who follow parties or political leaders head-on. Sabrina Tavernise and Aidan Gardiner wrote a while ago in the New York Times that such language and behavior requires that at least people get so tired, lose so much faith that they do not listen to anyone, neither the government nor the opposition.

With what Rama does, with this shameful trivialization of what he says and does, it is not simply showing what cultural or ethical-political level he has, but he produces what Dave Roberts calls an epistemic crisis, because the basis, the foundation to known truth is destroyed, falls, breaks.

So the issue is that it is required to produce this epistemic crisis, this recognition crisis. With this language, with these slanders and insults, with this behavior, Rama, who has no opportunity to show people a balance on the economy, on welfare, on good governance, on the right state, on the work and living of daily, seeks to make the truth unknown.

So, Basha, Kryemadhi, or Meta are basically not at all the object of Rama's attacks. The object of his attacks, the object of language with slander and swearing are the people themselves. For this to be done completely, for people to be "extinguished" as intelligent beings, for the media to turn into a sea of ​​sludge and dirt, the degree of banality and swearing, the degree of slander and vulgar vocabulary must be as great as possible. This tactic has its roots in Soviet communist propaganda and has been called "overturning the area with m…".

Peter Pomerantsev, a well-known American-Russian scholar, has written a book on this technique. He says corrupt regimes, especially in bad times for them, deliberately and strongly pollute the entire communication space and media. They deliberately overturn it with the whole area. Undoubtedly, it takes a capacity for the vulgar, the banal, and the pervert to do this, says Pomerantsev, but such regimes do not lack such capacities. Even the regime he has set up, and Rama himself, does not lack such a thing.

In the coming days and months, Rama will deepen this behavior because his need for such a thing will become greater. He and his people do not care about personal credibility and credibility, they have no problem at all why they appear so vulgar or banal, they just want not to talk about the truth and not to differentiate between them and the opposition, which is impossible.

Yesterday's incident with a victim in Elbasan for political reasons was treated differently by the media close to the opposition and those who support the gover...