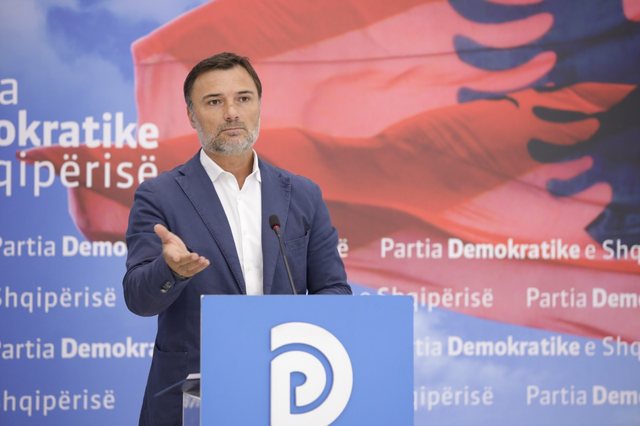 The Democratic Party has reacted after the publication in the media of the debate between the Socialists in the meeting of the Socialist Party with the structures in Shkodra regarding the issue of employment.

The deputy chairman of the Democratic Party, Enkelejd Alibeaj writes in a Facebook status that the published debates confirm that the power seized by the electoral massacre in cooperation with crime, does not belong to the citizens, nor to the socialists, but to Edi Rama's partners who bought votes in exchange. those institutions that best serve their criminal interests.

" For the Democratic Party, separating politics from crime is a national priority. For a long time, with facts and evidence, we have warned how the model built by Edi Rama is spreading like a tumor in the tissues of the party he rules and the metastases are spreading throughout the state apparatus.

The debates published in the media from the meeting of the SP of Shkodra, confirm that the power seized by the electoral massacre in cooperation with crime, does not belong to the citizens, nor the socialists, but to Edi Rama's partners who bought votes, blackmailed, raped, and in in return they take control of those institutions that best serve their criminal interests.

These stories are the clearest proof of how the partnership of the looting minority Rama, Doshi, Rakipi, functioned as a corrupt and criminal PPP, at the expense of Albanian families. A few days ago, they joined the stolen mandates to confirm their parliamentary partnership, not to solve the issue of unemployment, the difficult economic situation or corruption that threatens the future of Albania, but to incite their greed to the detriment of the citizens.

"Facing this model is an imperative task for the Democratic Party and for the Albanian society, because the capture of the state from crime and corruption are the only way to give our children a better future ", writes Alibeaj. 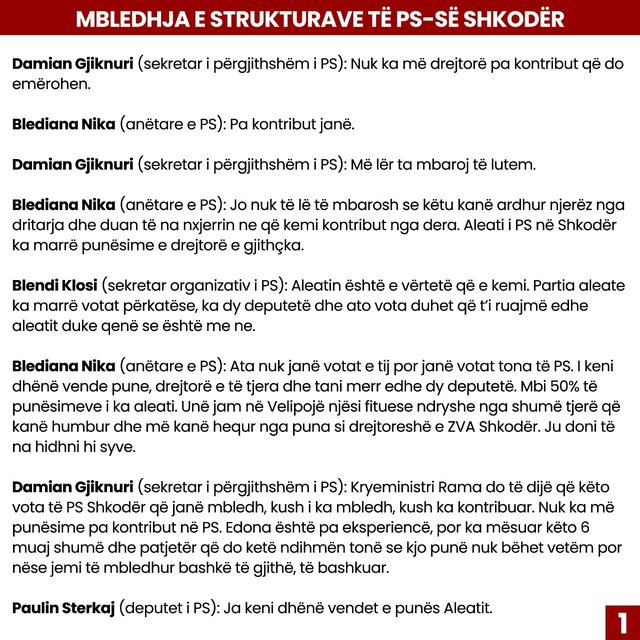 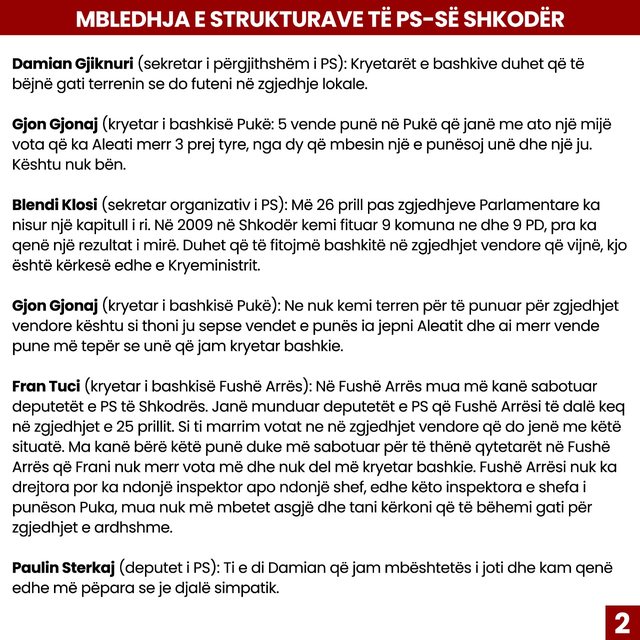 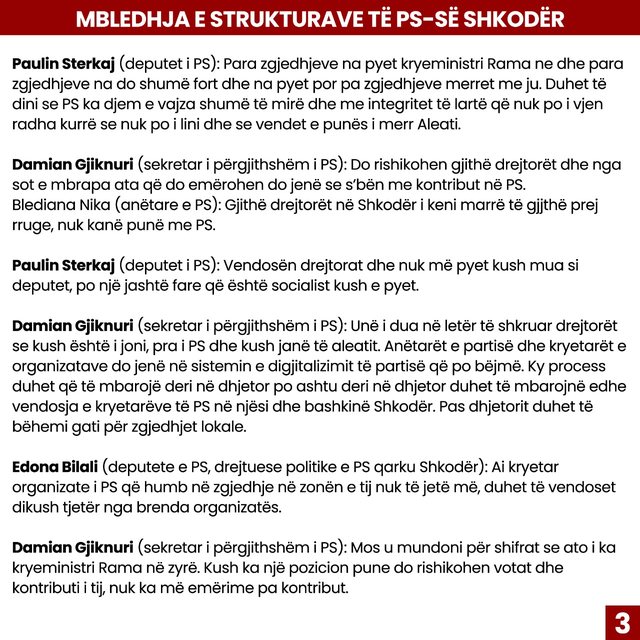